Caught fishing with Bink's Guide Service yesterday. Those are some nice fish.  Caught more too. 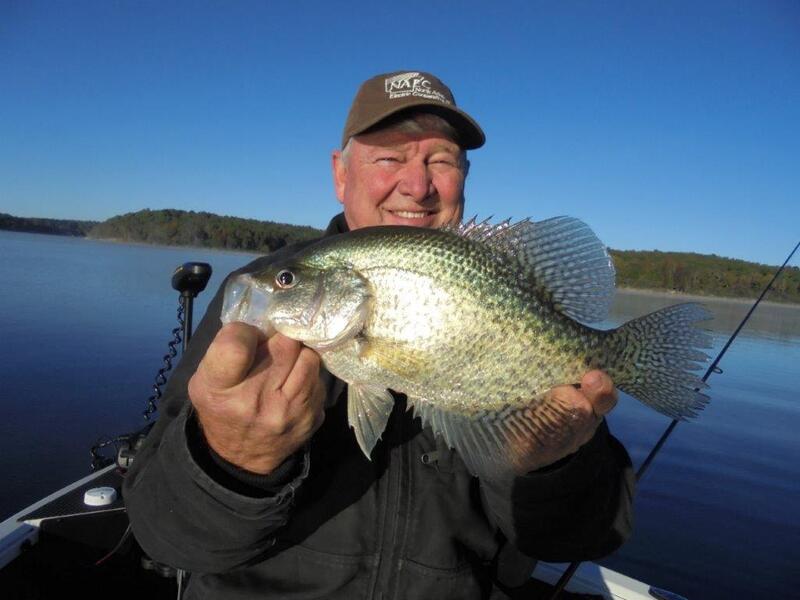 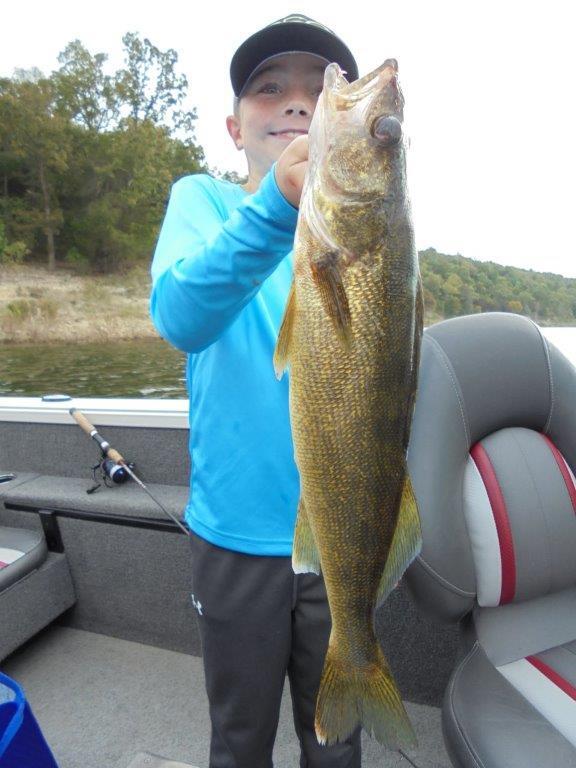 The lake level is 558.71 and has dropped 3+ inches in the last 24-hours with one generator running continuously. I had a surface temperature of 77 degrees yesterday afternoon but the ambient temperature was 90-degrees. The backs of the creeks are getting very stained like the beginning of turnover is starting and working it's way out.  The walnut leaves are falling fast now but they are the first ones to go. The sumac leaves are turning red and it looks to be an early fall. The hardwood on the hillsides are also turning a little yellow but more brown than yellow. Fall foliage usually peaks here the very last of October but things seem to be happening early this year. I caught some good fish yesterday and spent time experimenting. The brush was not producing so I went to some known crappie places on steep banks and caught a few shallow. Nothing big. People are asking me why other people are reporting striper fishing is great and I am not catching any. I have only caught one small one in over a week and it was luck. A few calls were made and I could not find anybody catching very many if any. If there is no report for several days it does not mean that people are not going fishing it is just that they are not catching any fish. You can not go out for several days catching nothing and then find some fish and write a report. I have several good fishermen reporting to me that are out there almost everyday and striper fishing is tough. I roll with the flow and catch what is biting. I do like to check things out, put in good brush piles and let my customers have an upper hand and insight on what is happening. It is good for repeat customers of which Blackburns has many. If fishing is good I say so and if it is not I also say so. Bink caught several good ones yesterday including big crappie and walleye but almost always does. I caught no picture fish. One thing for sure Blackburns will not charge you too much and has the best prices on both cabins and boat rentals. If you are not staying at Blackburns you are paying too much.