We have a big group of young people in . They had fun catching fish off the dock and playing in the big pool. Nice kids. 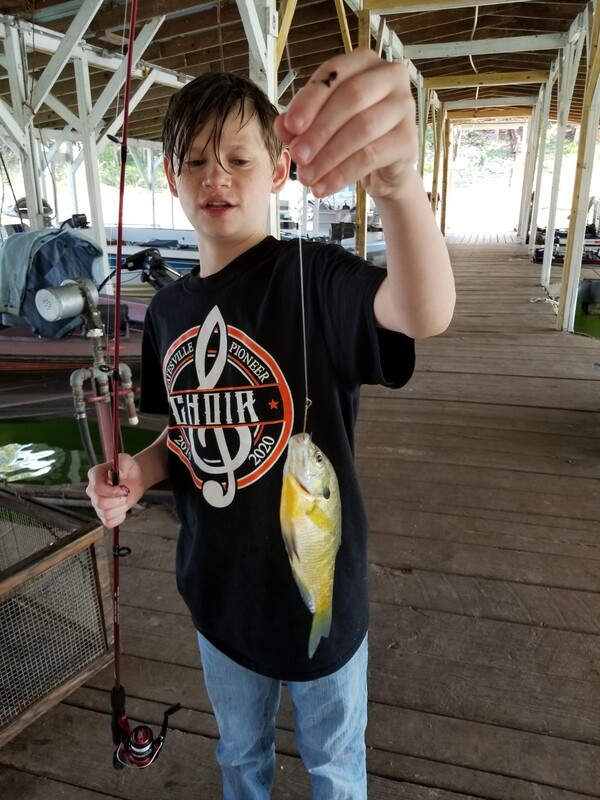 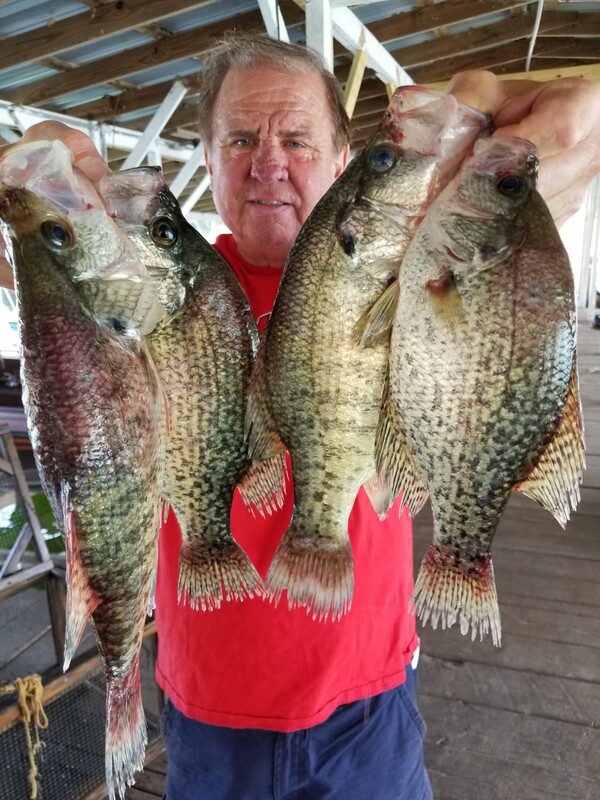 The lake level is now 559.86 and has broken the 560 barrier and it is only the last of September. At least you can drive 1/3 mile to the dock and step on without going down steps and Blackburns brush piles that we put in last winter are all now in play and fish are being caught off them. I caught all of my fish yesterday in 28-ft. of water near the bottom on brush with a 1/4 ounce Bink's jigging spoon. You have to get down too them and that is the best way. Bink is responsibile for the proliferation of spooning in this area. Almost nobody did it 25-years ago and now even the hard core live bait fishermen and devout trollers are at least using this technique some of the time. It just works. Not to say other ways do not. Trolling umbrellas through shad works also but it is like reeling in an anchor. I am just not into netting shad in the dark, trying to keep them alive, trolling a half dozen rods with live bait at different depths for miles until schools of shad with fish under then are located. When they are you are handed a rod to reel them in and when multiple fish bite at the same the lines get all tangled. I have a hard enough time with one rod. I do not use planer boards or balloons either.  To each their own. I caught crappie, walleye and bass yesterday in the middle of the day in just a few minutes as I had to get back in. It was a beautiful day and it was nice to be out in the sunshine. The water temperature was 78+ degrees and is still stained but clearing. The lake was pretty busy. It is too late for me to get into another business venture but the idea of equipping Bertha and Mable chaise lounge tubes with charging outlets and video game ports seems like a good one. They can then drag the children around and they can text and play video at the same time. Should be a good money maker.