Biggest striper of the year caught on the Bink's spoon. 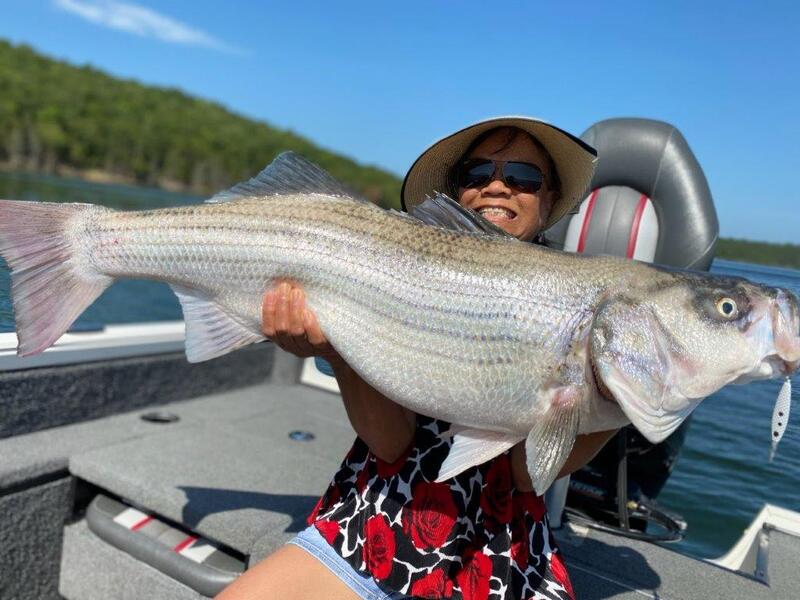 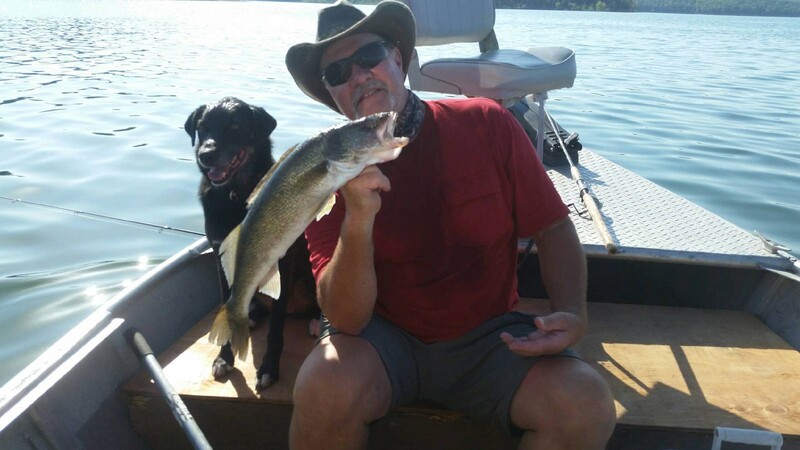 Jerry and Lucy Swink with a nice walleye.

The lake level is 568.22 and has dropped 2-1/2 inches in the last 24-hours with generation most of the time. The lake is still stained and the surface temperature is 85 degrees. Jerry and Tina Swink caught some nice walleye on their first trip to Norfork. We hope they liked it here. Nice People. I took an hour off after checking out a couple of rental boats and took Bink's and Mike Eakle's advice on where the fish were. They told me to go to main lake points and work them with a jigging spoon at 23-feet. I put on a Bink's 1/2 ounce Many  Shad Spoon and went to a very close point to the resort. I caught three warmouth some nice bluegill and a bass and then moved. When they say 23-feet they mean 23-feet. I caught no fish at 21-feet and none at 25-feet. 23-feet is where the old shoreline buck brush is located  I then caught three walleye just before the rain. I came in and took all of the fish to Tom Kelly's trophy pond. People are catching a lot of big fish out of it and I have to keep it stocked up for them. I do not have a lot of time for fishing right now with Blackburns being so busy but it was nice to be out. My time will come.Fishing will just get better and better until the lake turns sometime in October and then keep getting better again. The lake is still in excellent condition for swimming and boating but needs to drop a few feet for day use accessibility. At least Blackburns has no diminished services including launching but we still have to park the cars at the dock on the road and walk down steps to the dock. Come on down. We will not charge you too much.