Scuba Steve and Tom Kelly with some good ones. Released under the dock. 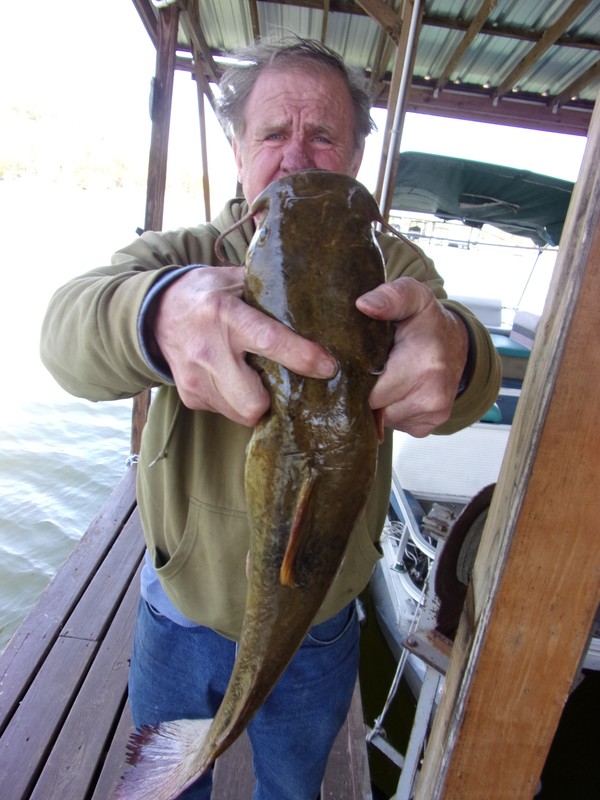 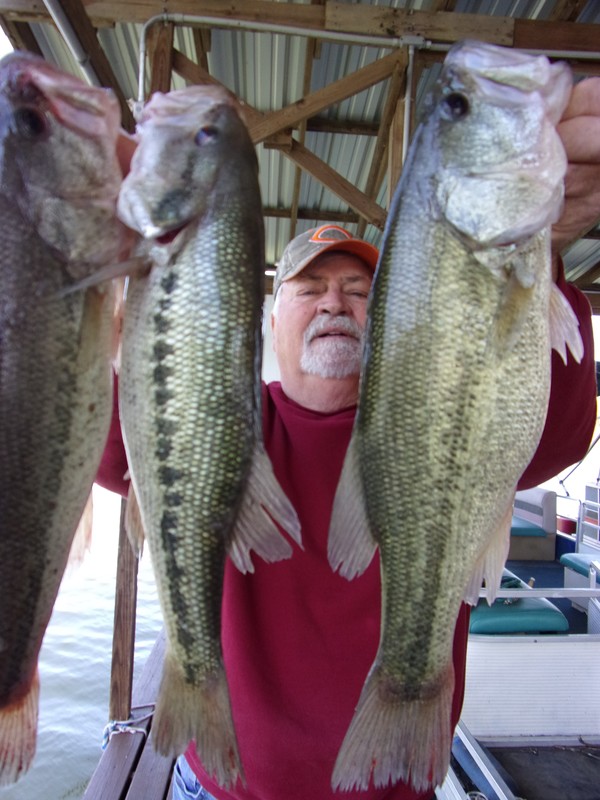 The lake level is 569.83 and has dropped a little over two inches in the last 24-hours with one generator running continuously and four spillway gates open one foot which is aqual to a little over two generators. We received about 0.7 inches of rain last night but most of it sunk in with little runoff.  The creeks did not run much.  The surface temperature is 59 degrees and is slow rising with these cool nights. They have dropped the White River level at Newport to 21-feet as predicted  and should have kept it at 25 feet. The lakes receding rates will now be mitigated and will be alternating with the priority of keeping Branson from flooding. One big rain will force them to open gates and flood everything down stream. Hold and hope is the motto, flooding is their game. How long will they keep these prehistoric rules of dam management? Draw down in the fall and winter to the high 540's, keep it there as much as possible by releasing as much as possible until the level at Newport is just below minor flood stage is the answer. If they continue to drop the lake at this rate and we get no more rain it will be the end of June before we get to power pool. Not likely.  They now have gauges and computers where they can manage the levels much better than when these rules were first put in place. The fishing is pretty good now for bass and catfish with smallmouth bass and flatheads being the best. Several crappie are being caught off the dock. Some walleye and smaller white bass are being spooned up just outside the old shoreline in about 35-feet of water and smallmouth are biting the three inch worm on a jig head shallower.  Several kentucky bass are way back in the creeks in 12-feet of water. I am not seeing any largemouth bass on beds yet. The lake is clearing nicely and is a good color for fishing in this area. The lake overall is in good condition.