Ryan is busy releasing the fish out of the basket caught today after pictures. The Grand Kids learn early how to catch and release here. 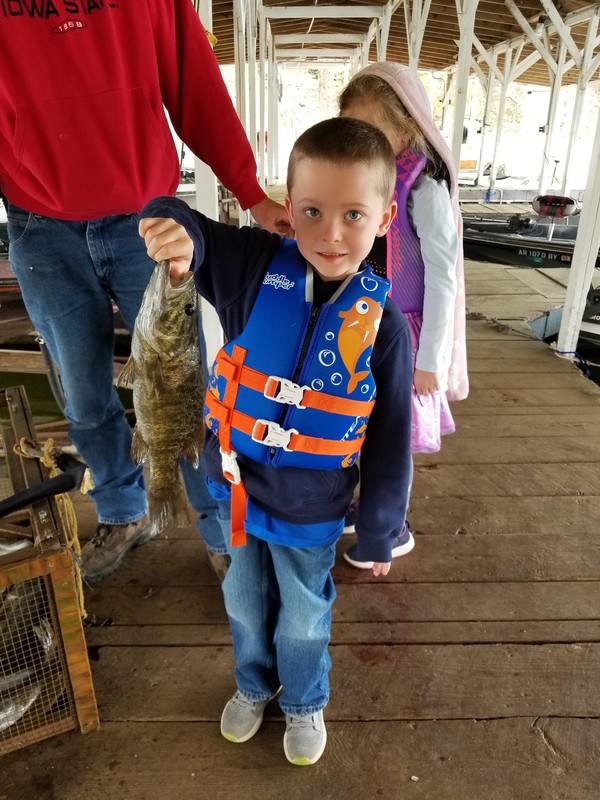 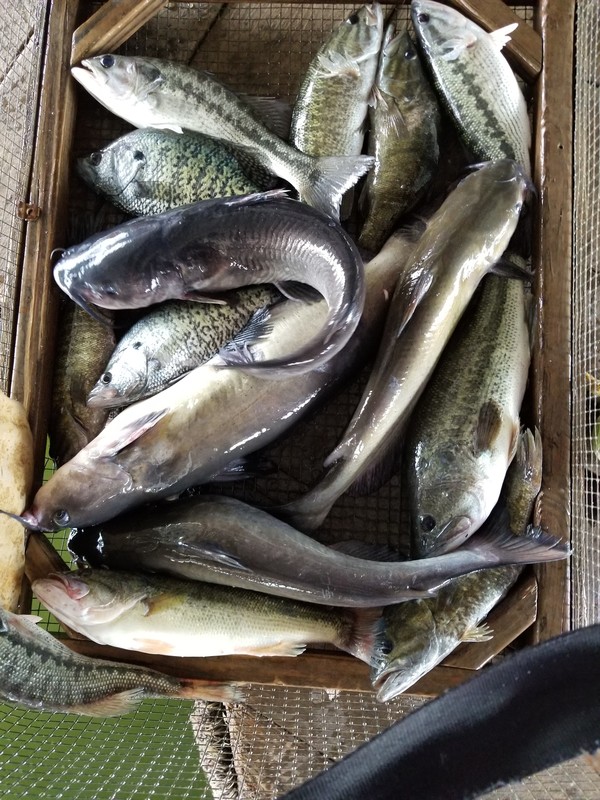 The lake level is 570.16 and is rising with almost 2-inches of rain last night and them shutting down the spillway gates. One generator is still running. The level has come up about 4-inches in the last 24-hours.  It rains in the spring boys just in case nobody told you. I did not want to surprise you.  It is not where we are but how we got here. They had all fall and winter to lower the lakes and did not do so. Now it is back to hold and hope and then flood everything out down stream. We will see if they follow the outdated flood control release rules again this year.  Nobody seems to care enough to change them. The creeks run pretty good earlier this morning but have slowed way down now. Fishing has not been affected and the rising water has helped the catfishing as well as the waning moon and the early top water bite is still very good for many species and they are mostly in the same places. Bass fishing is still the best with fish coming up early and then going down into the brush on the 3-inch worm. Some red meat fish are with them and a few spawned out crappie. The pretty stable lake level for about the last two weeks has made for a very good spawn for them. A couple of large stripers have been caught recently but not even near the numbers of a few years ago. I hope the people catching them are not celebrating killing them. They are few.  White bass numbers are also way down but the Hybrids are about where they have been and are holding the others in there. I am surely glad they did not quit stocking them as was proposed.