Casey Denham with a couple of good ones. 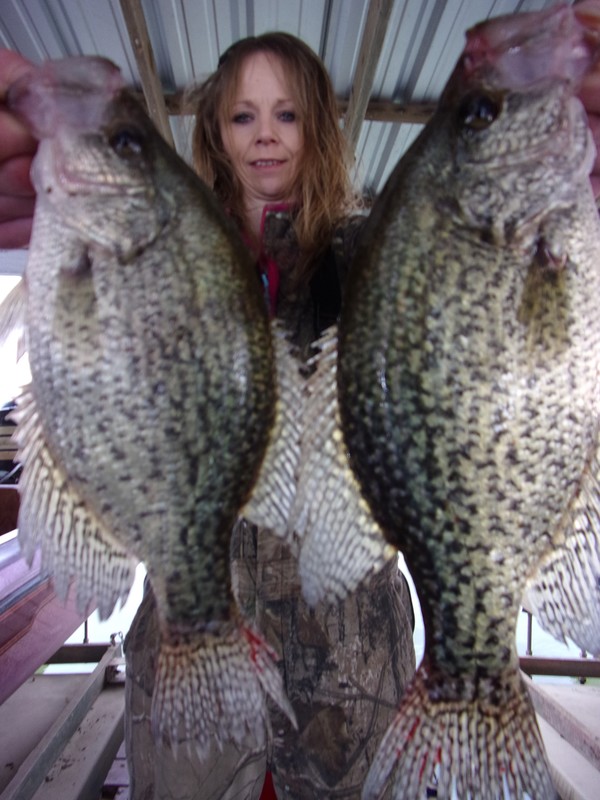 The lake level is 558.44 and has dropped three inches in the last 24-hours with both generators running continuously. At this rate we will be at 548 in 42 days if they do not stop generating and it does not rain. That would be the middle of April which is planting season. It is also top water fishing on the lake which is the easiest time to catch fish on Norfork. Just get a Zara spook or spitin Image and learn how to drive them and get out early. The fish will be shallow and it is a good time to release them to grow. Especially stripers The surface water temperature was 49 when I went out yesterday and it was a beautiful day. I found some water over 50  when I came in. The water is clearing and you could see your lure down about 4-feet and it was stained green. We went open water fishing and looked in three places before we got them to bite about 4:Pm. Bait fish and game fish were everywhere in 55-70 feet of water but would not bite very well. The third place they were biting.  We ended up catching about 35 fish, releasing all of the hybrids and stripers but keeping a few white bass. It is good to see their numbers coming back but they are not very big. I was using a 1/2 ounce white Bink's spoon with a red throat and caught a few fish. Switched to the 1/2 ounce Many shad and now it is my favorite lure. Caught fish after fish until 5:Pm. No picture fish though.  Others caught some nice crappie but had to work for them.Slow, slow and slow until they bite for about 5-minutes and quit again. They were full of eggs and some even had blood lines and all were female. No males. The walleye have me ghosted. Some bass are on the bank but not many and most are small. They bite best early morning.