We both caught some good ones but Darrel caught the most. He always does. 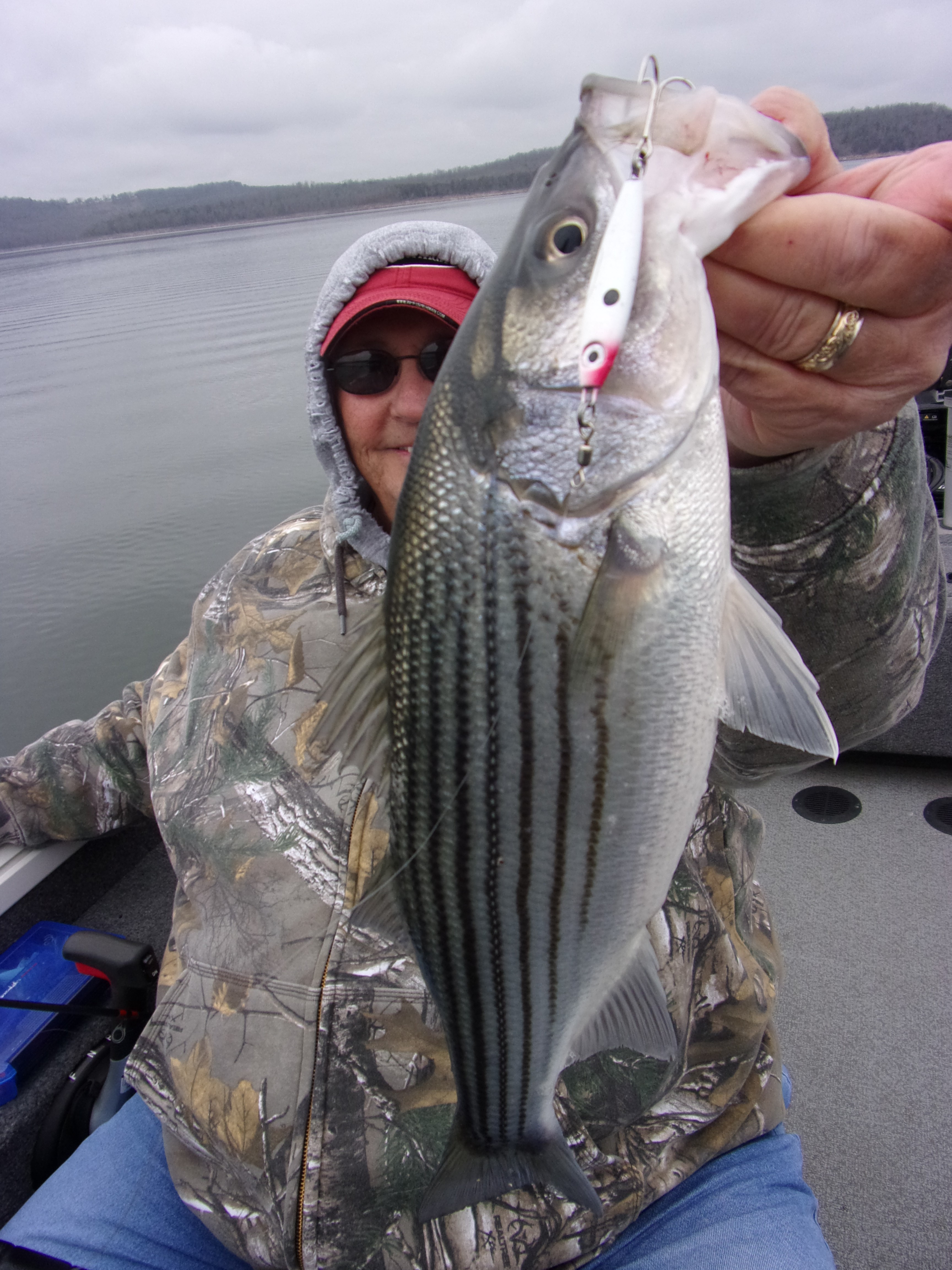 The lake level is 557.75 and has dropped 4-inches in the last 24-hours with both generators running continuously and one spillway gate open 1-foot. They closed one yesterday. The surface temperature is 48 degrees and the fishing conditions are good south of the 62 bridge. There is still brown water to there and it is not settling out very fast. Some fish are biting in it though. Mostly crappie. I went open water fishing with Bink yesterday and we caught some very nice fish. All temperate bass and some nice ones too. All fish were released on site. The fish were in 40-ft. of water early feeding and then moved to 60 and the bite slowed but we still caught some. It was cloudy all day and the sun never came out but the wind was calm. It was a very nice day with a lot of fun and then I went out to put brush piles in for our customers. We have some very good ones and they are producing fish. Open water fish are the best bite now but crappie are close behind on brush. One nice walleye was brought in. Every one was using a Bink's spoon. We have several good fishermen in now and they are all catching fish. We are open all year and have the best prices. Some will be watching some kind of game and I will be fishing.