My best fish yesterday. All were released. 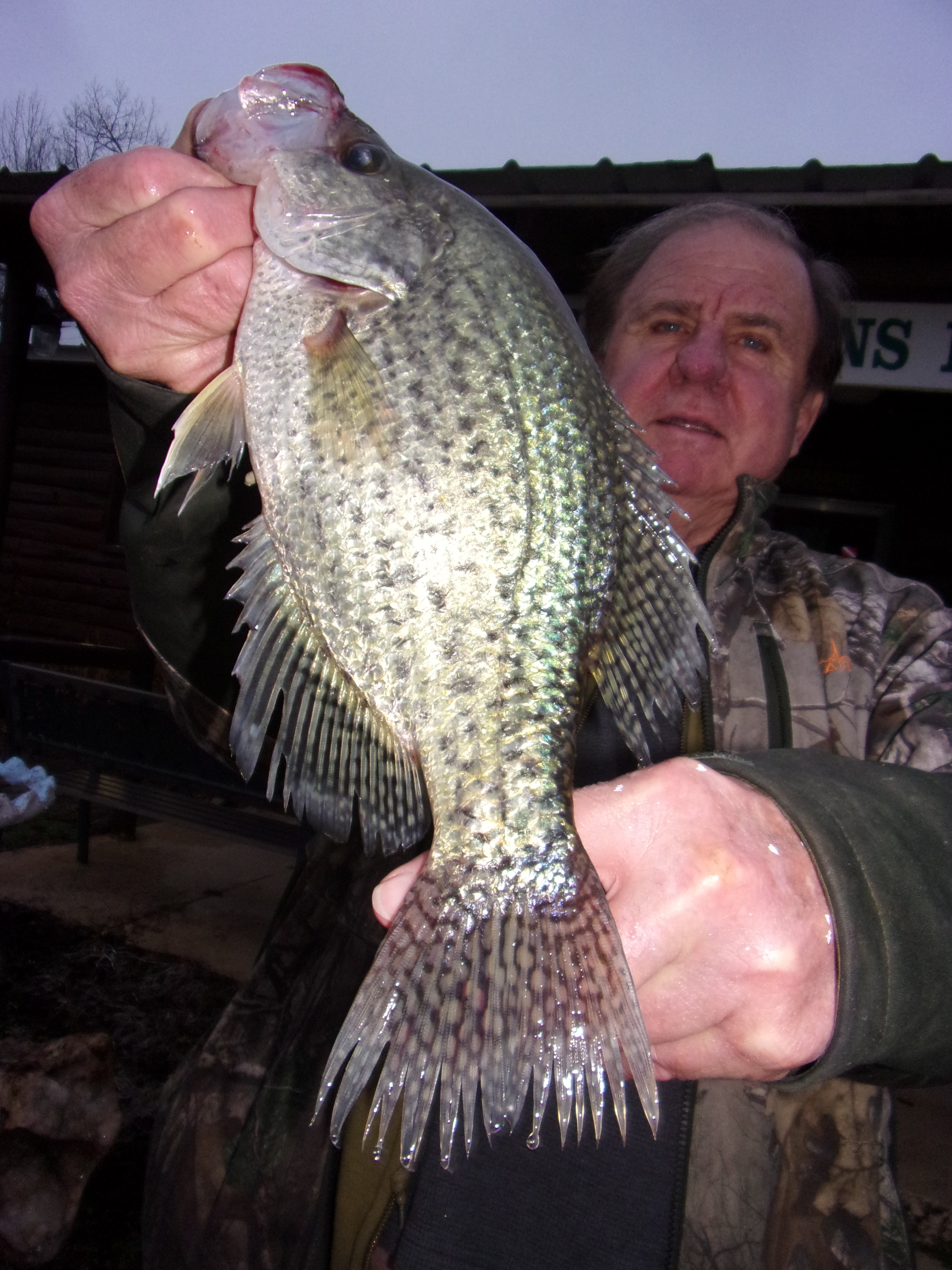 The lake level is 558.38 and has dropped 3-1/2 inches in the last 24-hours with both generators still running continuously and two spillway gates open 1-ft. The surface temperature is 48 degrees and we received about 1-inch of rain in the last couple of days. It has been cloudy, cool and rainy. Tomorrow is to be in the 50's and then warm up from there. I spooned brush over by Robinson Island and caught a few crappie, bass and bluegill. I checked the flats in front of Mallard and found some open water fish. They were bass, hybrids and white bass. All were small except the largemouth and they were on scattered shad anywhere from 50-70 feet of water 50-feet down. I was using the 1/2 ounce Bink's spoon white with red throat in color. The only thing good about the weather was the wind was down and you could stay on the brush and shad easily. Blackburns is open all year and have several good fishermen coming in today.  We will see what happens. I guess the high generation is keeping the brown water from settling but it is easy to find clearer water. None of it is clear. The most I can see my lure down is 3-feet but I have not gone south of Robinson except fishing with Bink. He is on the open water fish. I have been doing the fishing report since 1997 when my friend Gary Sperry died and was asked to take it over. Now several newcomers are writing one and I guess emulation is the sincerest form of flattery. My motive is to keep existing customers abreast of what is happening here at Blackburns Resort and let them know the lake and fishing conditions. I am either out there fishing or diving almost every day, pretty much know where the fish are and put in lots of brush to enhance the fishing for our customers. The more you fish Norfork the better you will get at it.  It is not easy but you have accomplished something when you learn how and then you will catch fish almost every time. There are a lot of fish in this lake. Do not throw everything in the tackle box at them but just use what works. It is not very many things.