All caught on the Bink's Jigging Spoon. 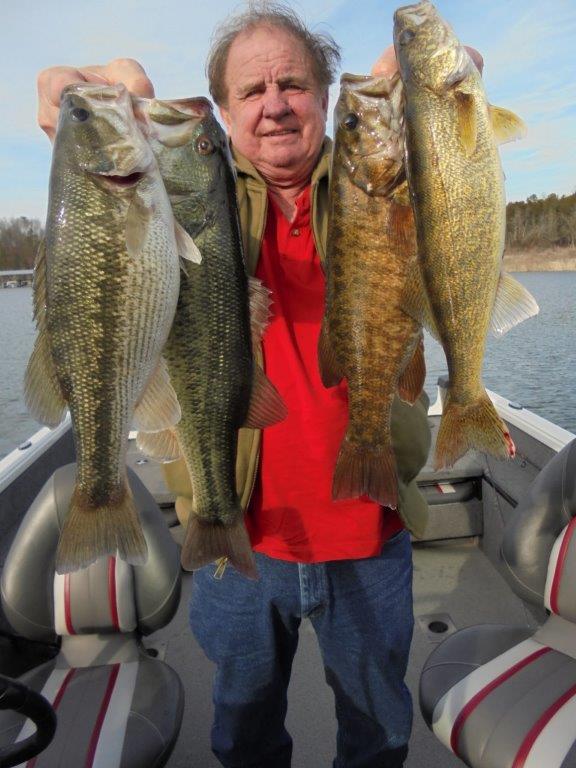 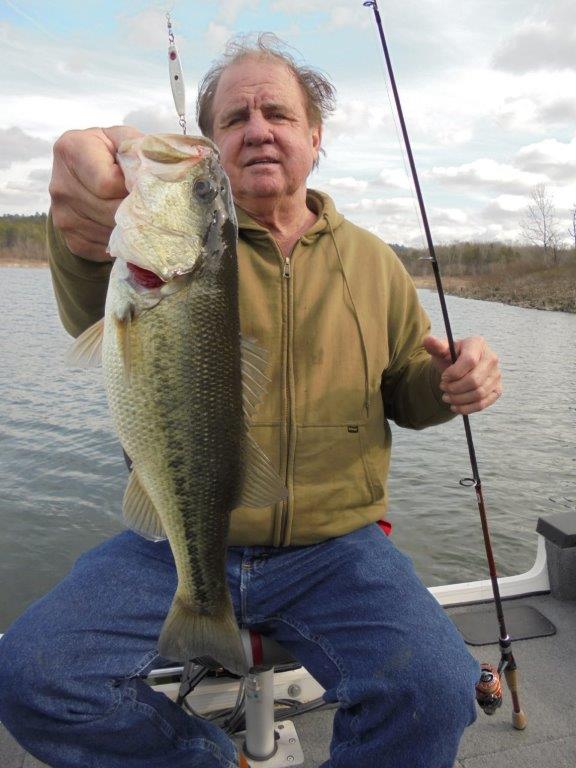 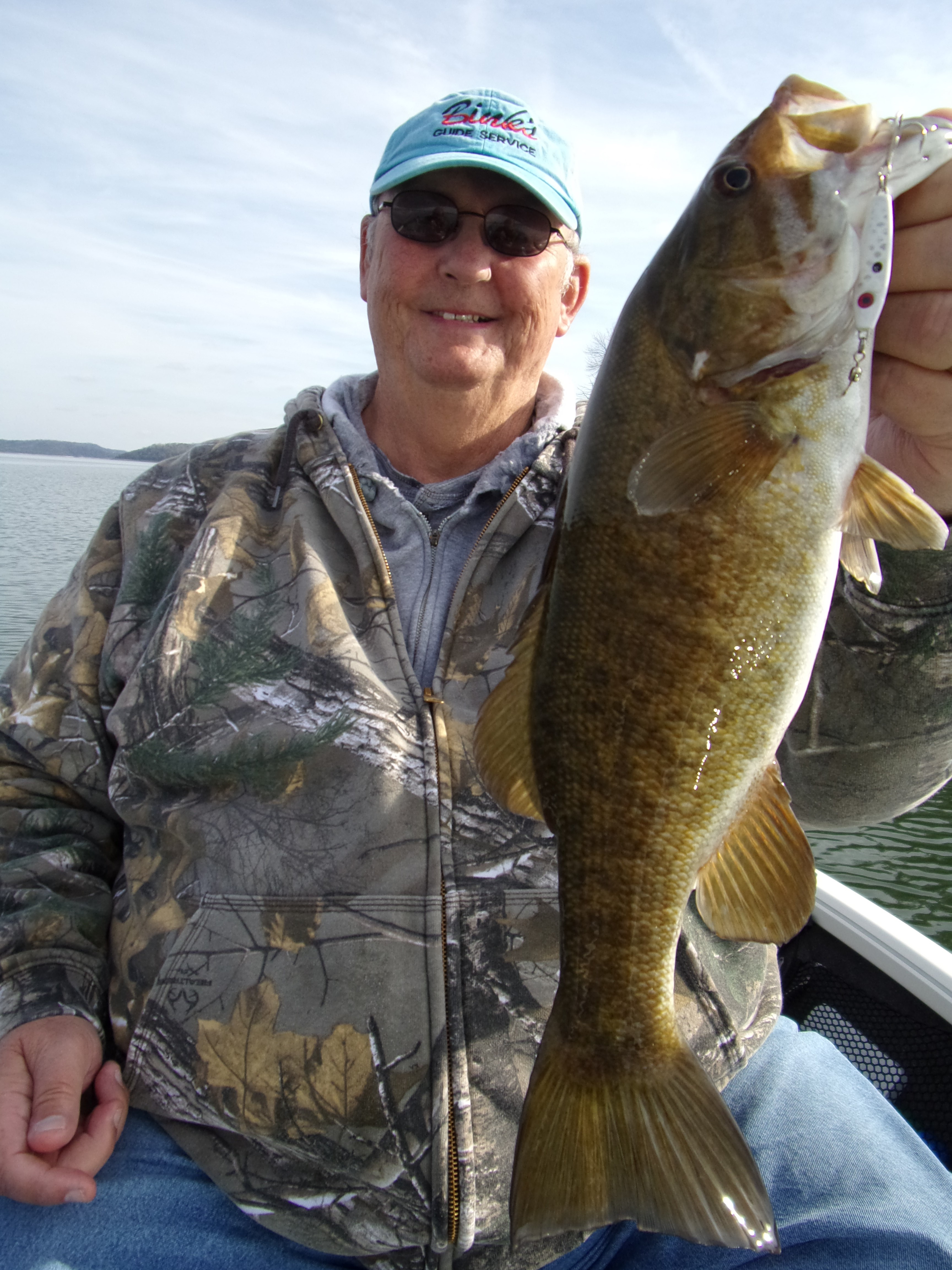 The lake level is not changing very much and the water clarity is not changing very much but the surface temperature has risen to 553. Bink and I went out yesterday morning and headed a little north. We stopped where the phone reception was good and waited for Bob Knight from KTLO 97.9 to call at 8:45 AM as he always does on Thursdays so we could give him the fishing report for Live in the Boat. I committed to catch Bob some crappie so we were under pressure. The pressure lasted for about an hour as we tried using the grub and casting it to the bank with a slow retrieve. That did not work very well so Bink moved us to deeper brush and we switched to the jigging spoon. We immediately started catching fish and they got bigger and bigger. We ended up catching Walleye, Largemouth Bass, Kentucky Bass and Smallmouth Bass and a few crappie and many smaller fish. It was a beautiful day and the wind was light and we were reluctant to come in. It was more like an April day than the end of December. It was a lot of fun. We both commented on how people need to quit killing those small stripers in the 6-10 pound range and the small numbers of White Bass. We took pictures and released all of the fish. When I returned to Blackburns I was met by several fishermen at the resort who also reported good success but caught more crappie then we did but they were fishing Blackburns brush piles. They are at a perfect depth. Bink and I caught very few fish shallower than 30-feet with most caught from 35-40 feet near the bottom. He told me the dissolved oxygen was almost the same from 0-90 feet and there was no reason for the shad  to be at any special depth except for cover. It was agreat day and the trip is on me next time. Come on down and join us. We may get some rain saturday but the warm weather is looking to hold for another week. Blackburns is open all year and have the best prices. I am making my promise good to Bob Knight today with the crappie I caught yesterday evening. Big ones too. Bink knows where the fish are.