Steven Street - Fishing Report and Lake conditions November 24, 2019
Mike Eakle with some nice ones this morning. 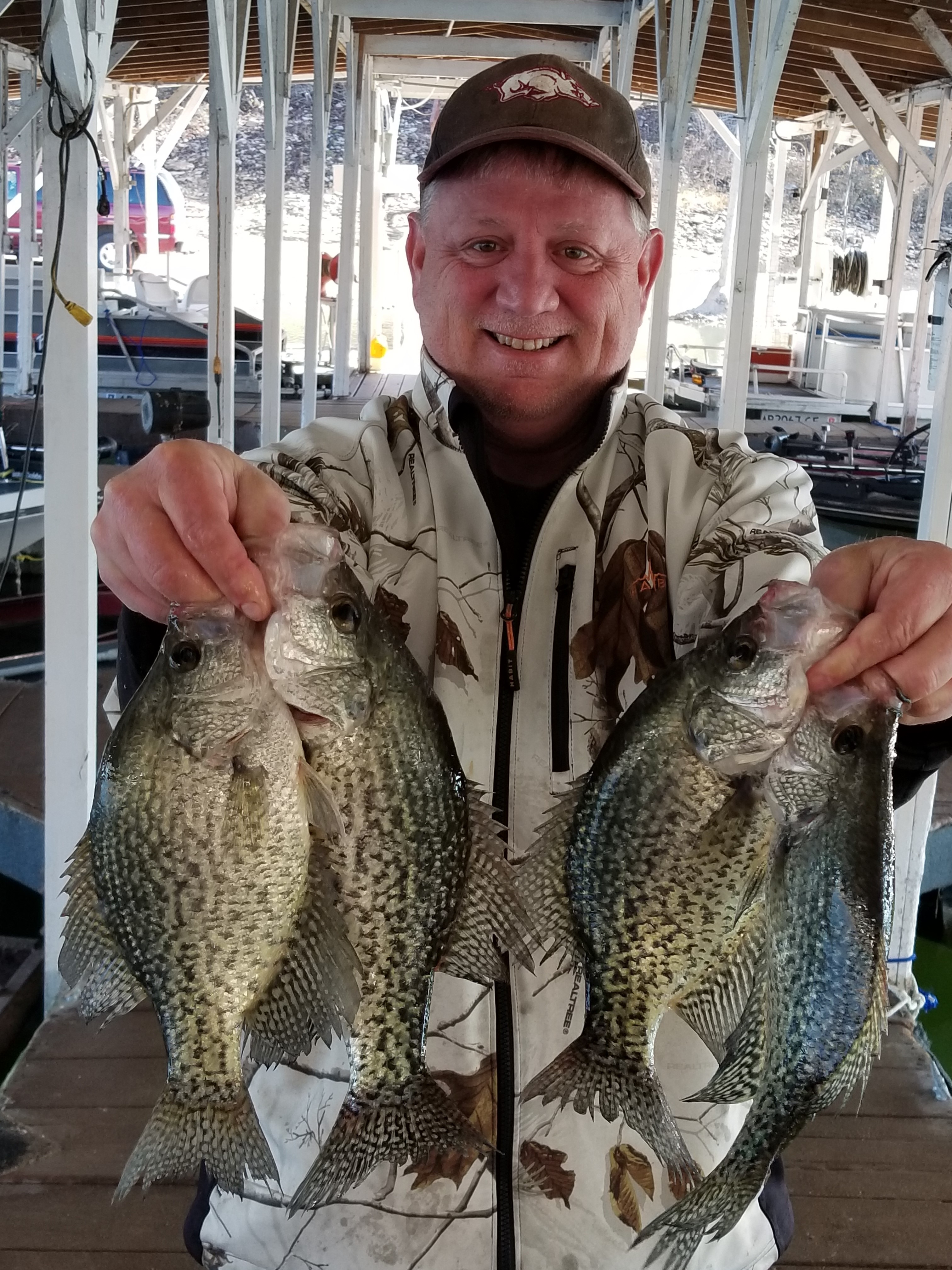 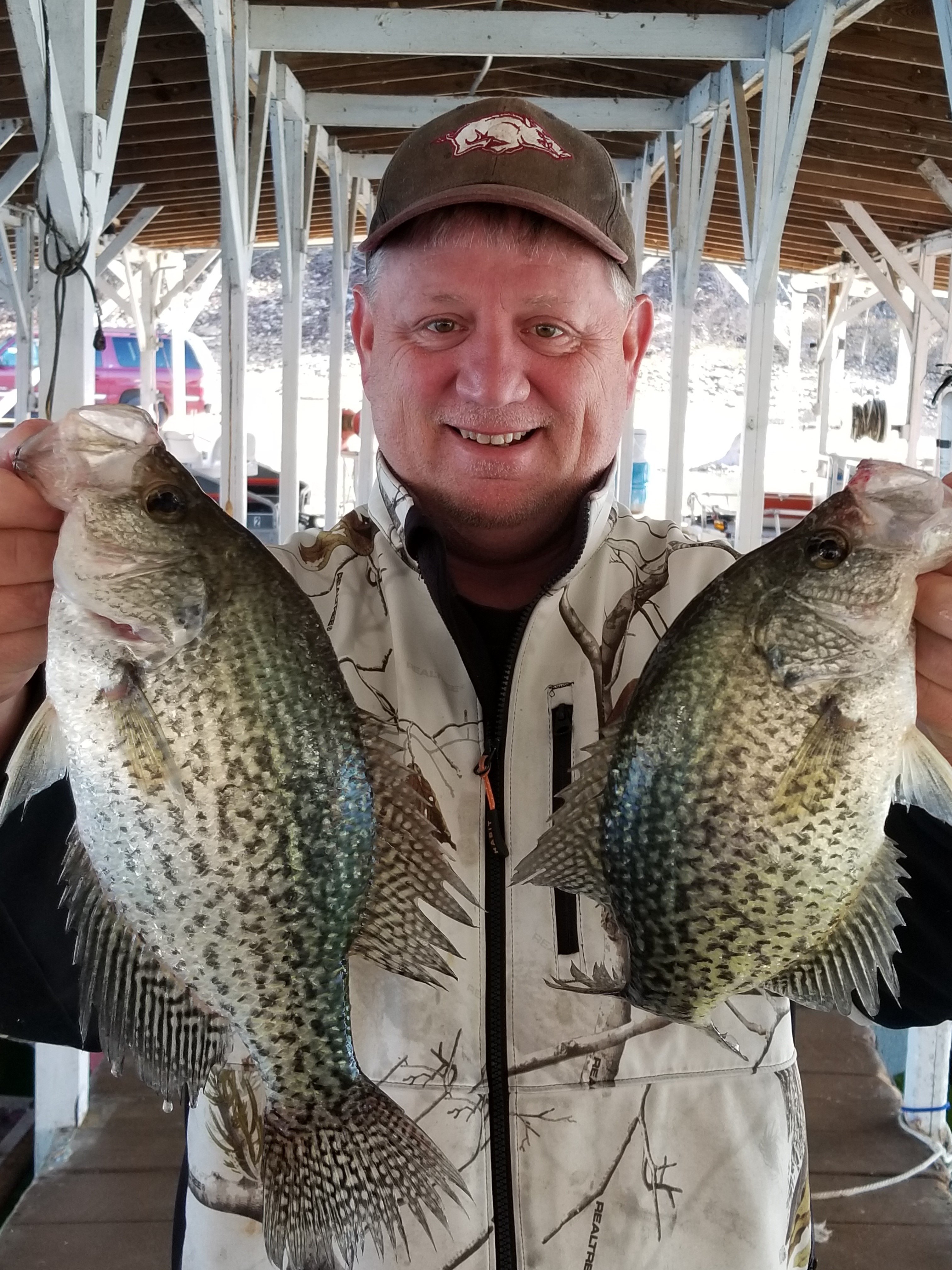 The lake level is 559.11 and has risen about 2-inches in the last 24-hours with no generation and three spillway gates open one foot which is equal to less than 1/2 generator. It is sunny and a beautiful day today after a cool and breezy day yesterday. The fish were biting pretty well though. Some of out guests were trolling umbrellas in from of the docks at Mallard point and caught red meat fish of all speces but nothing big. With the late summer fish kills, people learning how to catch them, increased fishing pressure, they are getting smaller and less in numbers. Since stripers and hybrids do not reproduce, either increased stockings or decrease in limits need to be implemented. The fish in general are getting smaller and smaller. Too many small fish are being killed. Pictures of dock floors full of dead small stripers is not impressive. Crappie, catfish and bass fishing is not decreasing though. The shad popularion is good also with many schools of very small ones showing up. All speces of fish are on them. You do not know what you will catch when you spoon them. Reports of some nice walleye are coming in but I have not caught any big ones yet. The brush piles are starting to get too deep again. Surface temperature is still in the high 50's and both the creeks and main lake are clearing nicely again after the 2-inch rain. There are still some good bass shallow near the bank off high banks. The morning bite starts about 8:AM and the evening bite starts about 4:Pm until dark and then abruptly stops. And I mean stops. Some nice fish are being caught every day. It gets better and better after a cold front until the next one comes in. Fish right up until it rains you out. We seem to be in a pattern of raining every week and then clearing with chilly nighs and repeat. It looks like some warm weather for the next several days. Come on down.  We will not charge you too much.