Tom Kelly with some nice ones caught yesterday on a plastic worm. 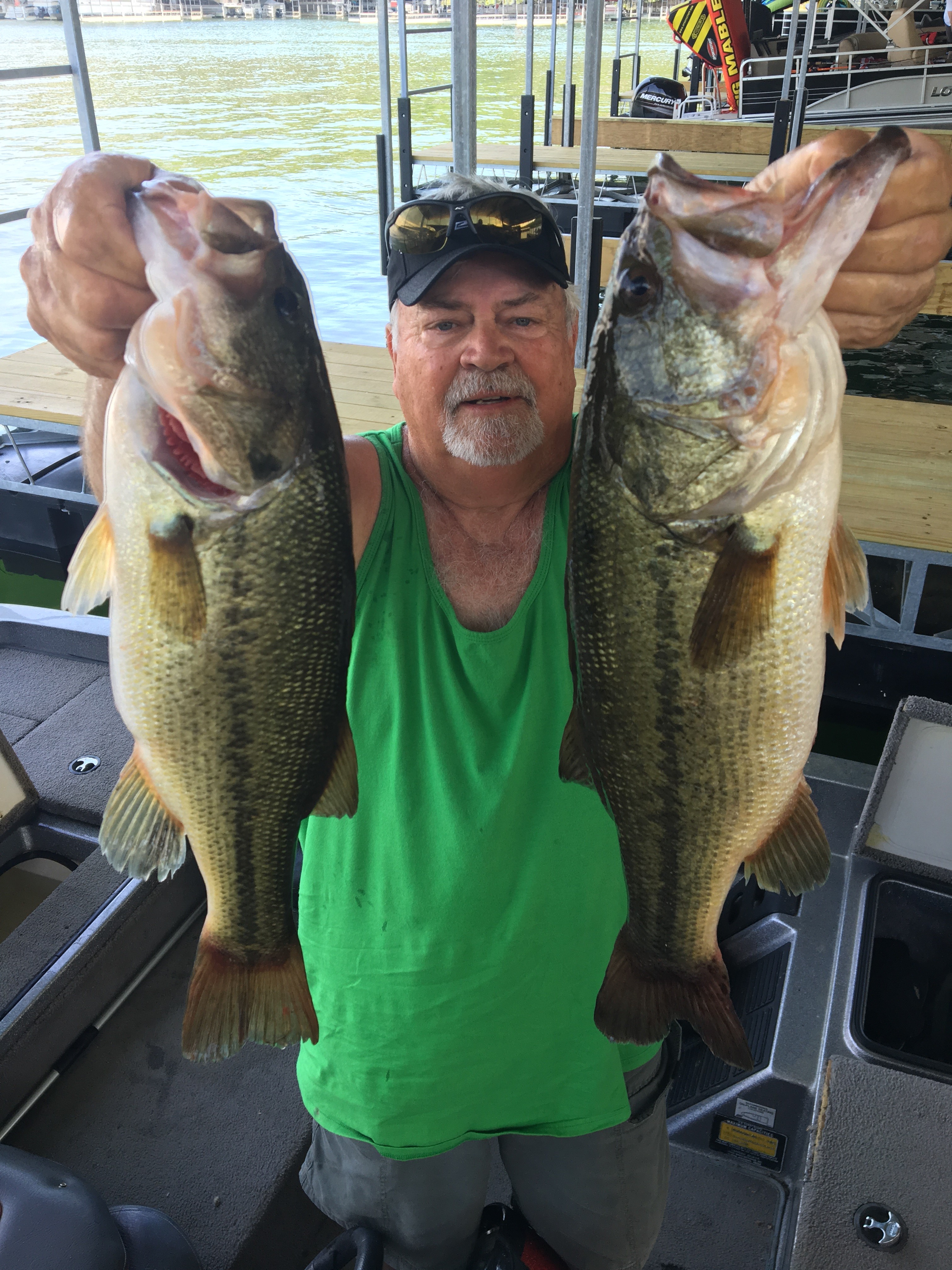 The lake level is 573.48 and has risen a little less than a foot in the last 24-hours. It is about 1/2 foot lower than it was two weeks ago.  We received about 4.4 inches of rain over the weekend and they quit generating yesterday evening. They always do when it rains to magnify the effects.  Newport is at 14-feet and so much for the opening of the spillway gates. It is a good thing they had been generating Norfork for several days and it had been dry or they would really have been in trouble. We had two blows, one was Friday and the other was early Sunday afternoon. Friday had no rain and the one Sunday had heavy rain and blew over several trees in the area and resulted in a few hours of power outage. It is a good thing Blackburns is on city water so water supply was not interruped. Our guests were just sitting on their covered porches watching it rain or cooking and playing games under the big pavillion until it was over. We were fortunate to receive no damage and it is nice to be located in a protected green valley. I did not go fishing this weekend as the resort was full but we do have openings now.  Come on down. We will not charge you too much. I will go diving today to check things out and let you know. I will not speculate and must see for myself.  It is cloudy now but the sun is supposed to come out.