James Soltysiac with a nice catfish. 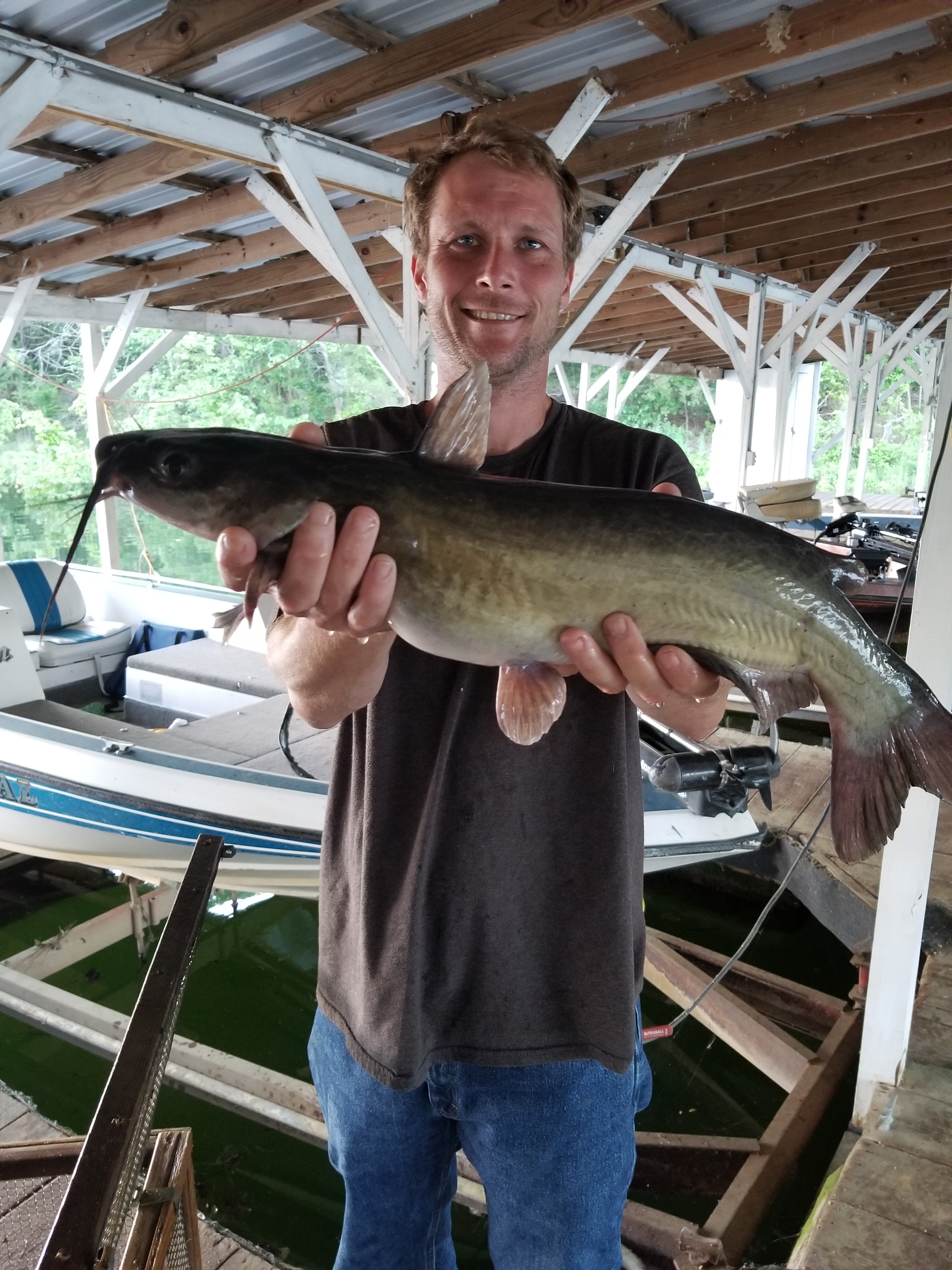 The lake level is 571.53 and has risen 1.3 inches in the last 24-hours with little generation. We did get a thundershower early this morning but only about 0.3 inches of rain to settle the dust. No damage around here. We are to get more later today but it is sunny and nice out now. It should clear out early tomorrow and be nice for the weekend. The new news is that they have finally closed the spillway gates on Table Rock and cut way back on generation. This comes after it has dropped to below power pool and is normal. You would think they would increase the discharges at Newport to help make up for it but no.  The level at Newport continues to drop with slower discharge and is now about 17 feet headed for 14. They could be at 25. We have been lucky so far to have avoided any heavy rain. Hold and hope and then open the spillway gates is no plan. The lake in general is in good condition and pretty clear, even in the creeks. The fish continue to be between the old shore line and the bank around the buckbrush and other cover. A few red meat fish have moved to deeper water in the 50-60 ft. range.  Crappie are under docks and around any cover. Bass are everywhere with the shad scattered and in cover. Look around both Robinson and Cranfield Islands for walleye.  Shakey head worms are working well for many fish. Limb lines have slowed a bit but some nice catfish are still being caught. Bluegill are still the best bait.  I tried small green softshell crawdads but cannot keep the bass off them. Come on down to Blackburns.  We will not charge you too much. Others are still raising prices.