These catfish went to the pond. 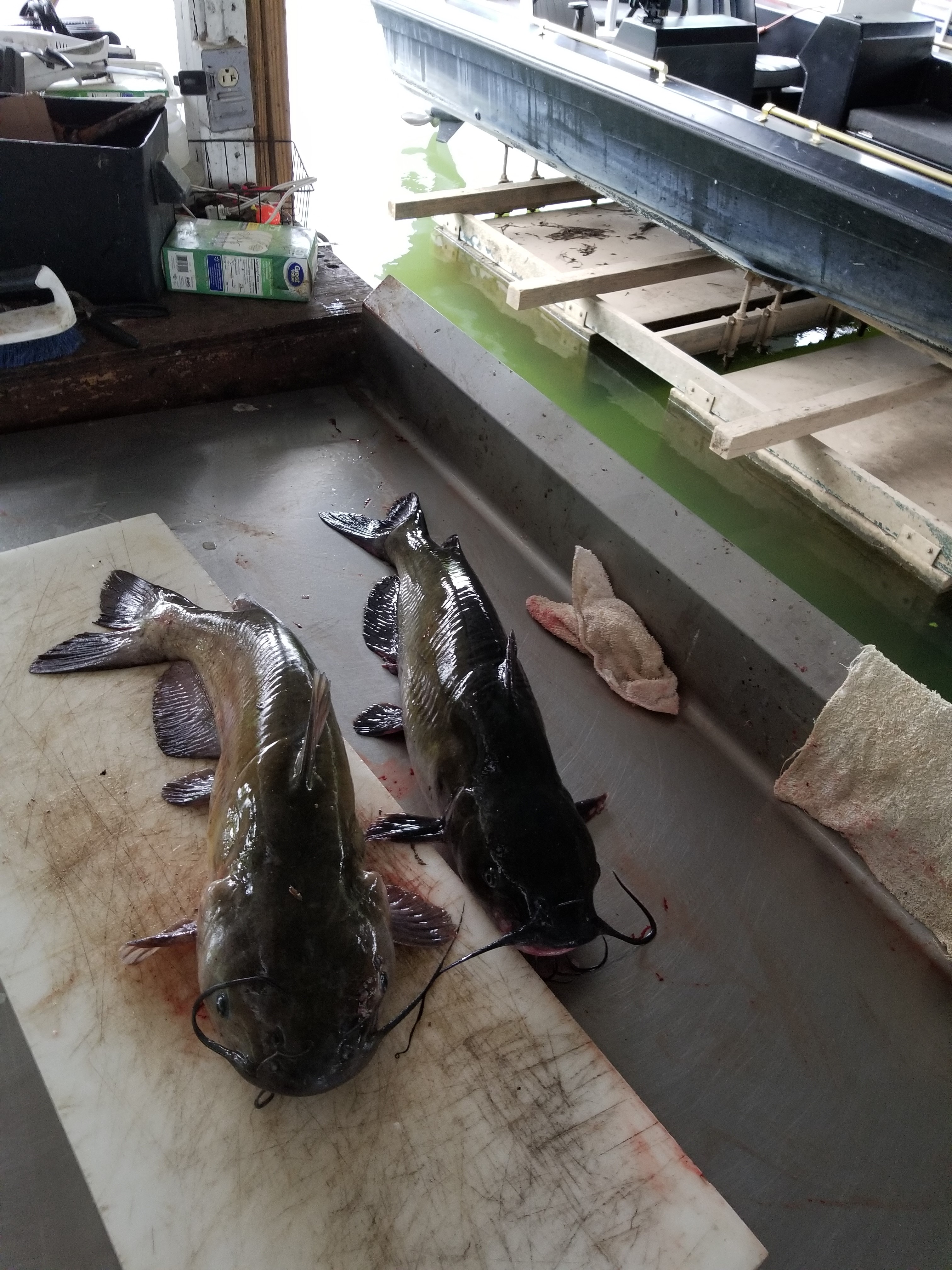 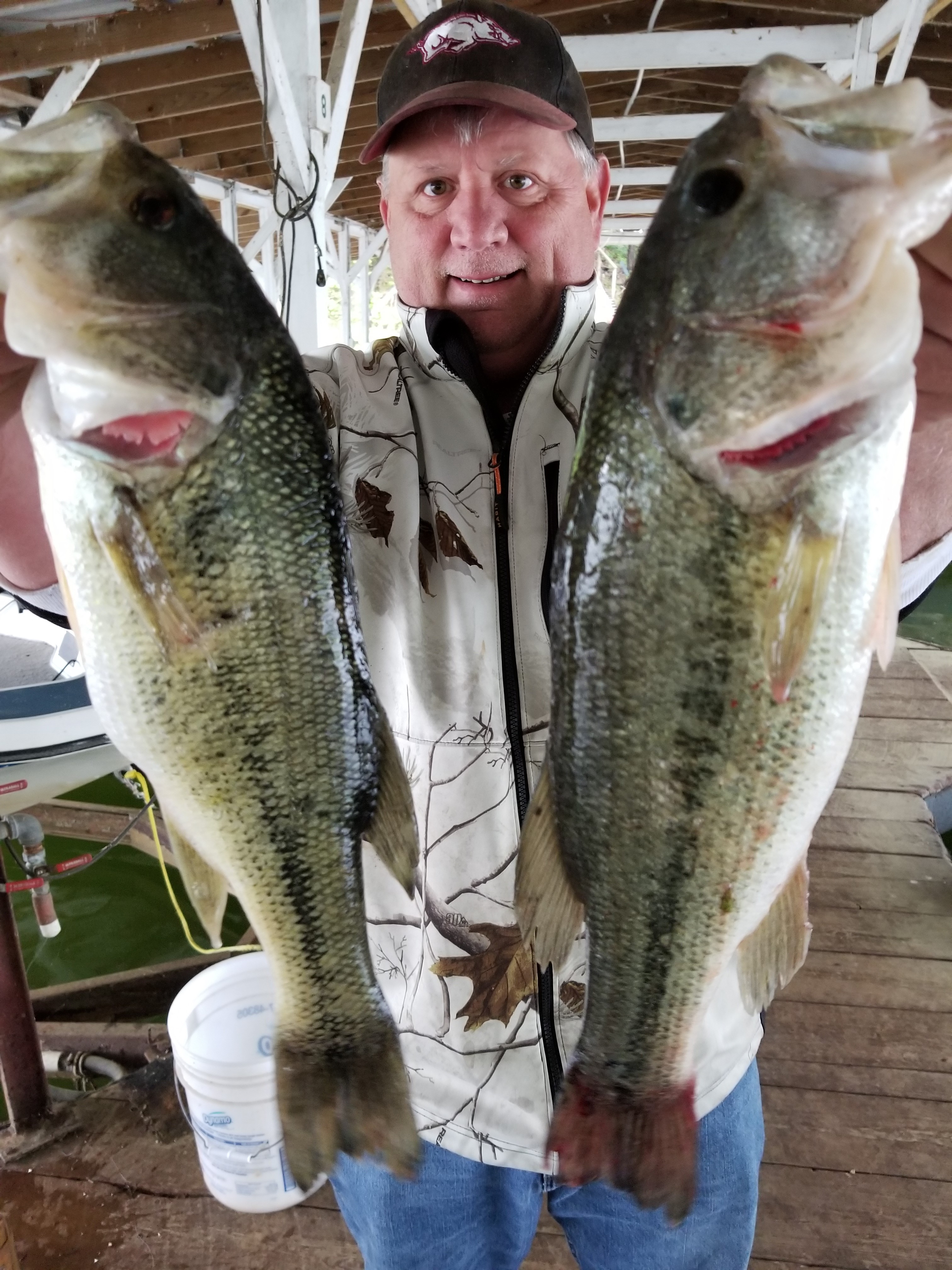 Scuba Steve caught some too. 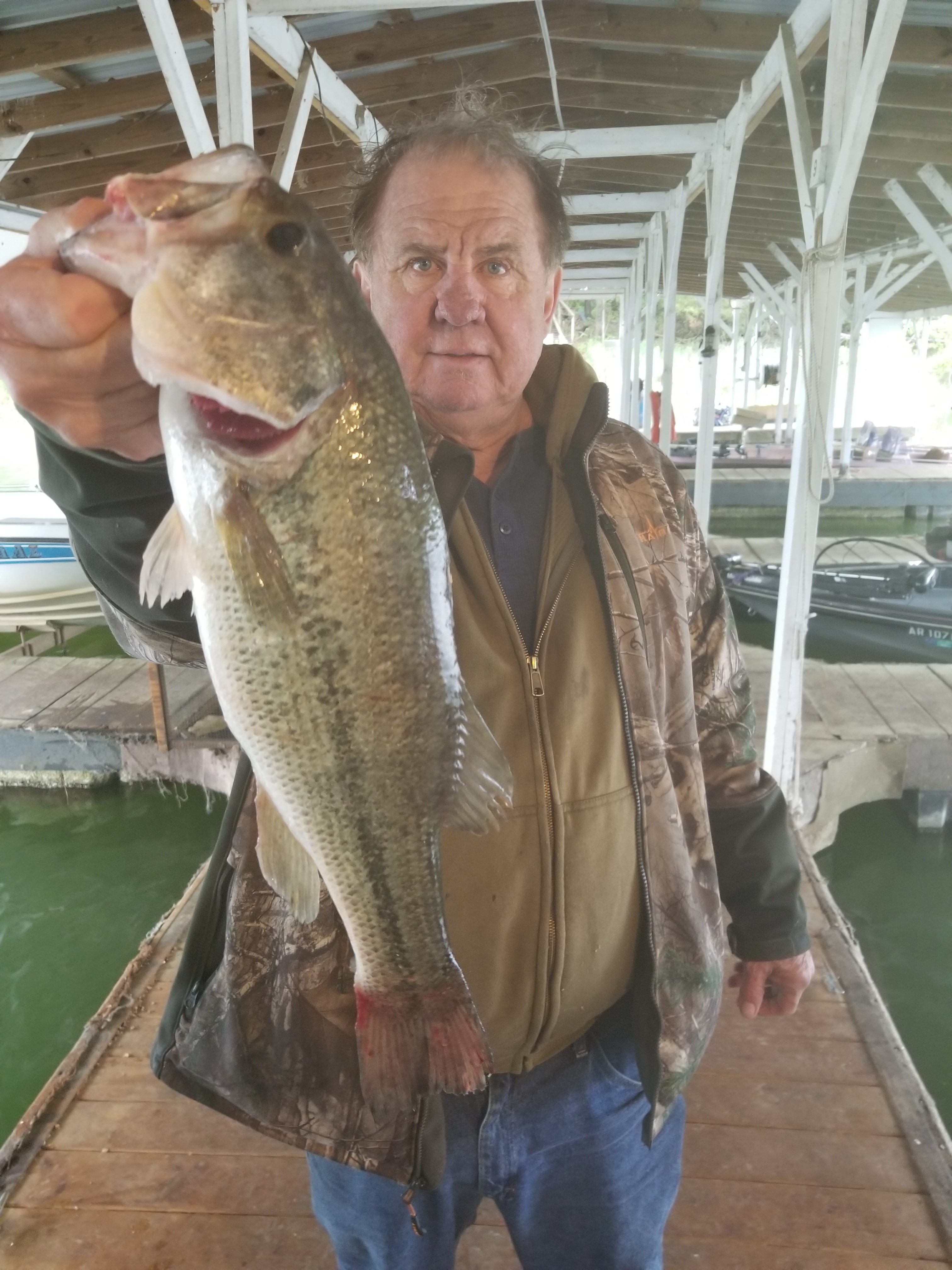 Tom Kelly with a couple of nice bass caught and released yesterday. 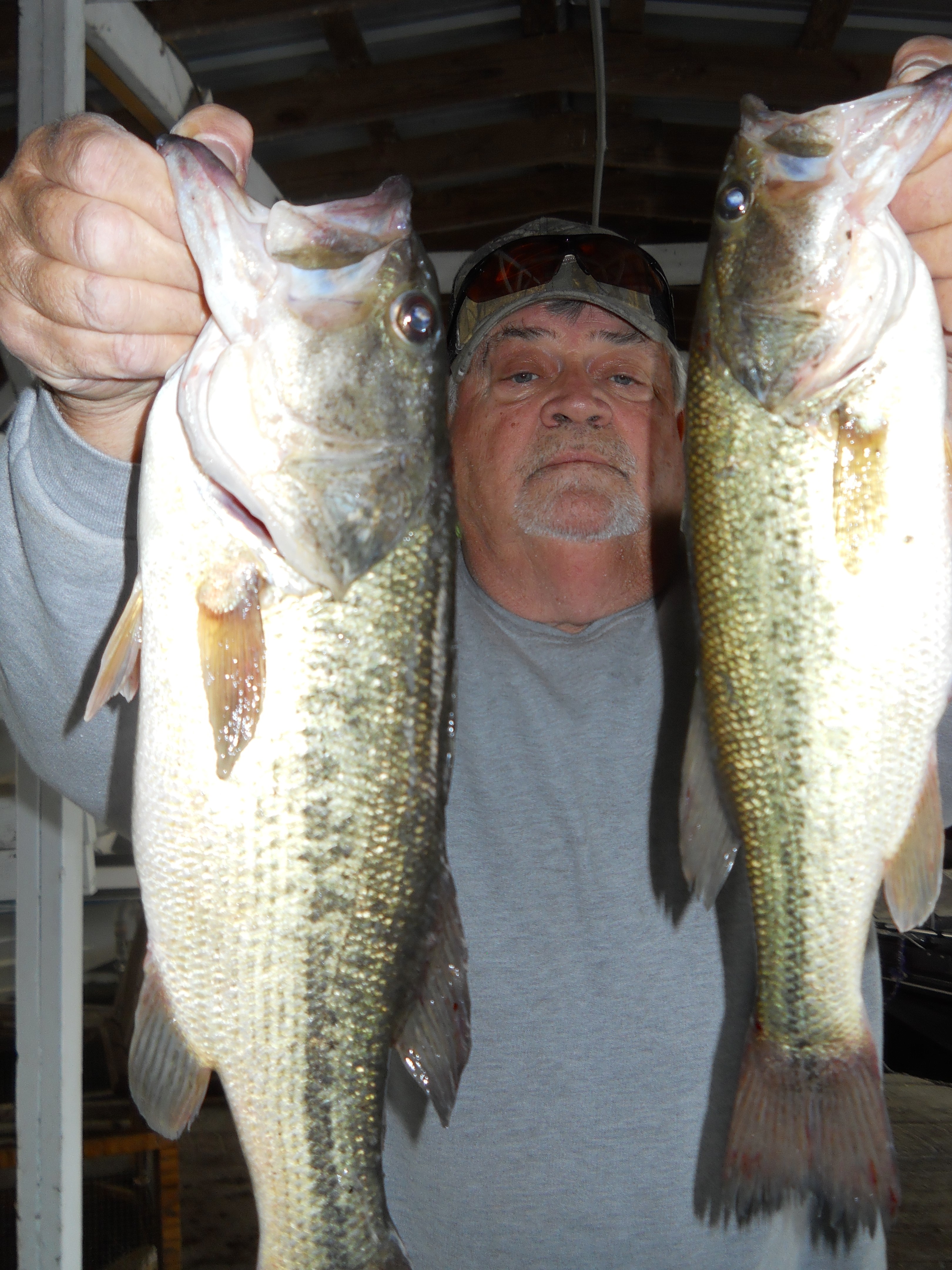 The lake level is 568.59 and has risen 4-inches in the last 24-hours with very little generation. The only lake dropping is Table Rock and they are running as hard as they can the generators and also spillway gates to protect Branson. Below Table rock is paying a big price.  I had a 69 degree water temperature yesterday and the creek turned a little color but still good for fishing. You do not want clear water. It was clear just a little downstream though. Bass, catfish and red meat fish continue to be the best bite with a lot of fish coming up early AM. The weather is to get much warmer soon and it looks like summer will be here. It has been cool lately with a lot of cloudy days. Our 10% chance of rain came through yesterday at about 6:PM and it rained hard for about 10-minutes but the sun came right back out. There are still several people killing small stripers and taking pictures of a dock floor full of dead fish and thinking they are doing something great. Wrong. A 10-lb. striper is not big and is nothing to brag about.  Put them back. The future for the young people is being taken away. A lot of good fish were caught yesterday and all were released here at Blackburns except for white bass. I did take a couple of catfish to the pond. Blackburns still has a couple of cabins open for Memorial Day. If your campground has been cancelled come on down.  We will not charge you too much.