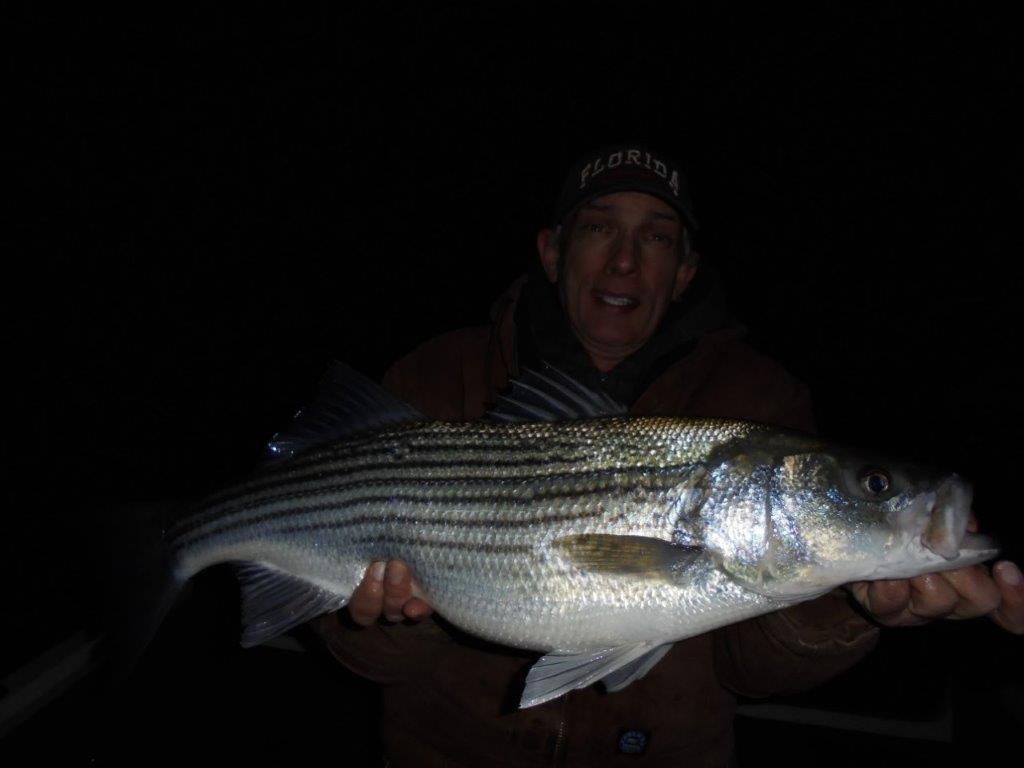 The lake level is 554.63 and has dropped 1-inch in the last 24-hours with one generator running continuously and four spillway gates open 1-ft. This is all equivalent to 1-1/2 generators. The White river at Newport has been dropped to a level of 17-feet on it's way to some contrived level of 14-ft. The discharge has also been reduced to about 1/2 what it was. They are missing out on a good chance to drop the lake with the low rainfall totals of march. The White river level has dropped 5-ft. in the last week for no reason. It is 10-feet below flood stage. The surface temperature of the lake is still 56 degrees and has not risen much in a couple of weeks with the below average temperatures. It should start to raise now with the warm weather finally getting here. We mowed the grass and it is filling in nicely and flowers and trees are blooming all over. It looks like spring here. I went out to check my trotline and found a nice channelcat right away. I netted him but the line was still pulling hard so I moved on down. What I saw next was a big loggerhead turtle. It looked as big as a volkswagon. I cut it loose right away. It is the second one that I have seen in the 25-years that I have lived here. It was magnificent. The night bite for stripers is still on with stick baits and and the male crappie are back in the creeks getting ready for the spawn. Bass are still pre-spawn feeding. The big ones spawn first and those are the ones being caught. This is the time of the year to practice catch and release until the spawn is over. Fish were coming up in Blackburns Creek last evening but were mostly small bass and White bass. A lot of White bass are back in Hensley's creek. Alabama rigs, crank baits and grubs are the best for bass. Small 2-inch grubs tipped with minnows are the best for crappie.  They are in Pigeon, middle pigeon and Briar creeks. The lake is clearing and in excellent condition. Come on down. We will not charge you too much.