Caught fishing with Bink yesterday. It was 65 degrees. 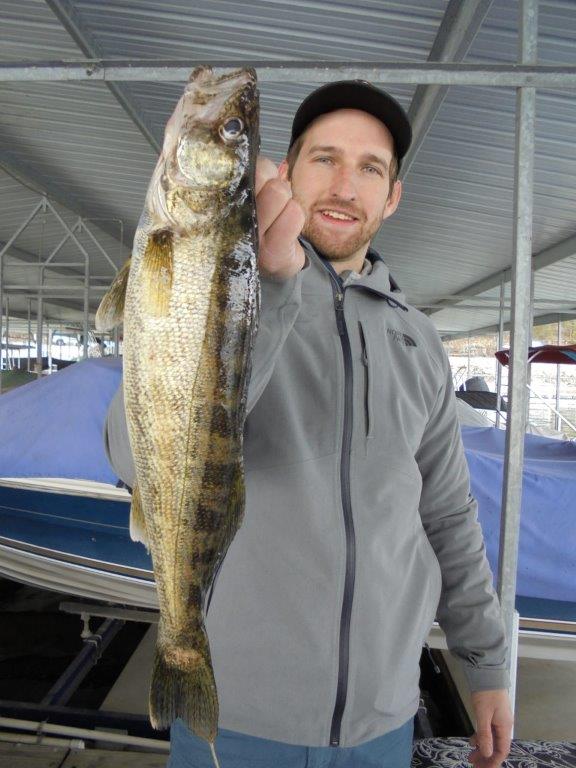 The lake level is 560.94 and has risen 5-inches in the last 24-hours. They started generating a couple of hours ago and it is stable when they run both generators and rises quickly when they shut down which is most of the time. The surface temperature was 45 degrees when I went out yesterday. It was a little windy but it died down about 5-PM and the bass started biting. Both places that I caught fish were on main lake cuts about 1/2 way back from the point to the back of the cut and I was using the grub. Slip float and minnow and spoon did not work for me over brush so I switched to the old reliable grub and it worked.  The fish were between the bank and the brush in about 10-12 feet of water. They did not bite hard and you could just see your line twitch a bit. No crappie were caught but 4-keeper bass and a couple of smaller ones were released. Bink caught a couple of walleye yesterday in 60-feet of water near the bottom on his 1/2 ounce spoon. They were the first walleye that I have seen in over a month. He caught several whites also but he can do that anytime. There was some debris back in the windblown creeks floating around and much more ready to float away when the l;ake rises more. Overall fishing is just fair for me but I am catching some good ones every day. It is raining lightly now.