Nor big but pretty good. Caught some crappie too. All were released under the dock. 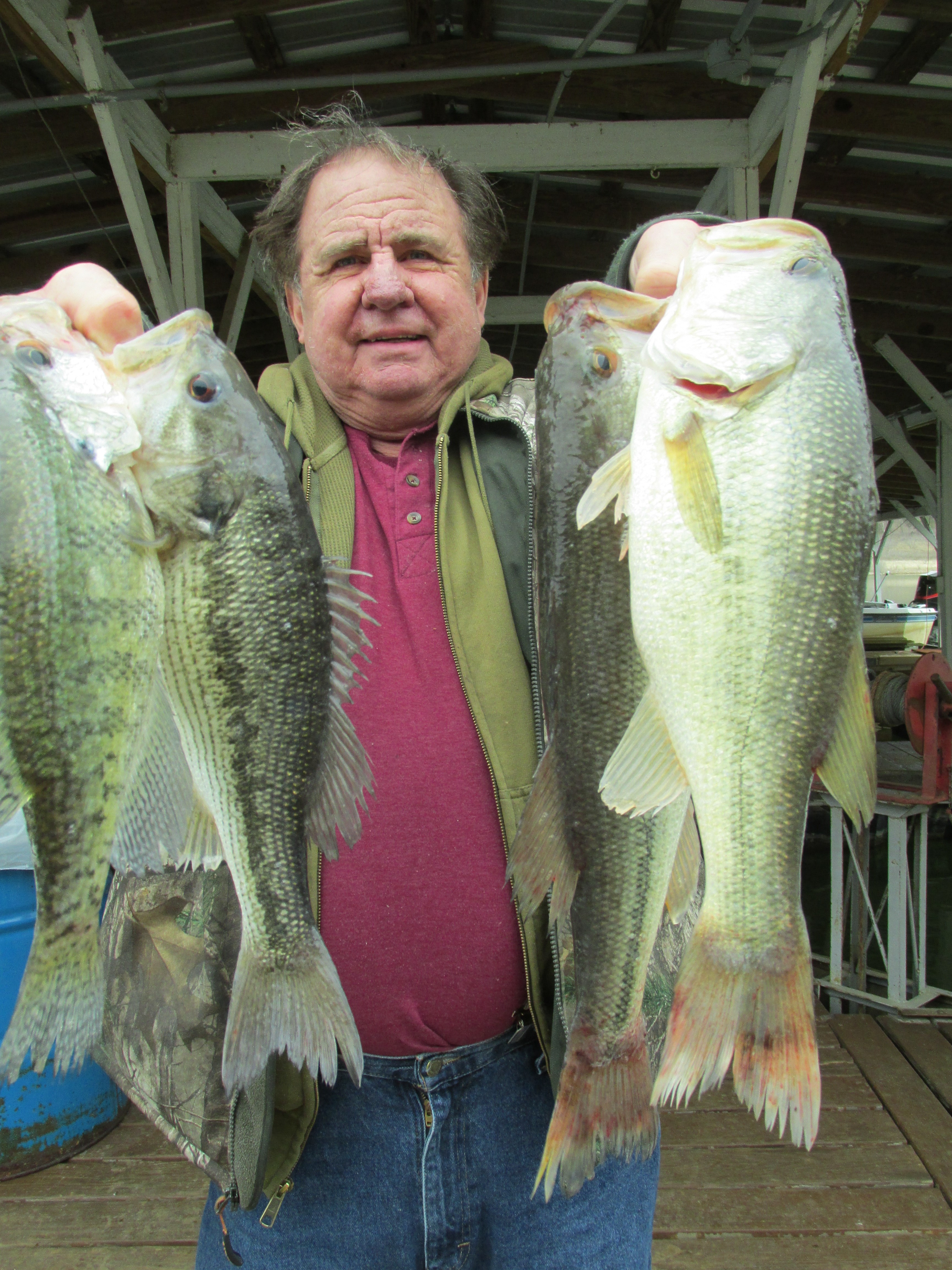 The lake level is 555.03 and has risen a foot in the last 24-hours. We received a two day total of just over 3-inches and it rained hard early thursday causing the creeks to run full and turning the creek entrances to the lake brown. They quit generating during the big rain as usual and started running both generators about 1/2 the time. There is no reason not to run both of them in the winter. More rain is sceduled for late this weekend. The people running the generation schedule are looking very foolish. We could have handled this rain better if the level had been dropped to the high 540's and they run both generators during the rain. 555 is not where we need to be the 8th of february.  It got colder and colder as the day went on yesterday with a cold north wind and is in the high teens this morning and is not expected to get out of the 30's today. Our normal high is 48. It is be be cold for one more night and then moderate a bit.  We put in another good brush pile after fishing for a while. It was hard to find a brush pile to fish out of the swirling wind. We caught bass and crappie but no big ones. By the late afternoon it was just too cold and windy to be out there. Some people fish brown water but I do not. I was using the small grub and casting it over the brush and letting it sink. A 2-1/2 inch white twister tail on a 1/16th ounce white leadhead with a red eye and a small crappie minnow hooked through the top of the head as a trailer is my favorite and has been for years. Bink uses the green stingray grub on a plain 1/4 ounce leadhead and casts it to the shore and lets it sink to the bottom and raises the rod to keep the lure sinking most of the time with a slow retrieve. He likes to fish it with light wind so he can see his line twitch. The fish bite very lightly most of the time in the winter.  The 1/4 opunce is a bit too heavy for me and gets snagged more but I fish more brush than he does. We both catch a lot of fish but he catches some very large bass and I fish mostly for crappie unless spooning. When I fish with him I do as he does. He only uses artifical and is one of the best bass fishermen I have ever seen especially on Norfork Lake.