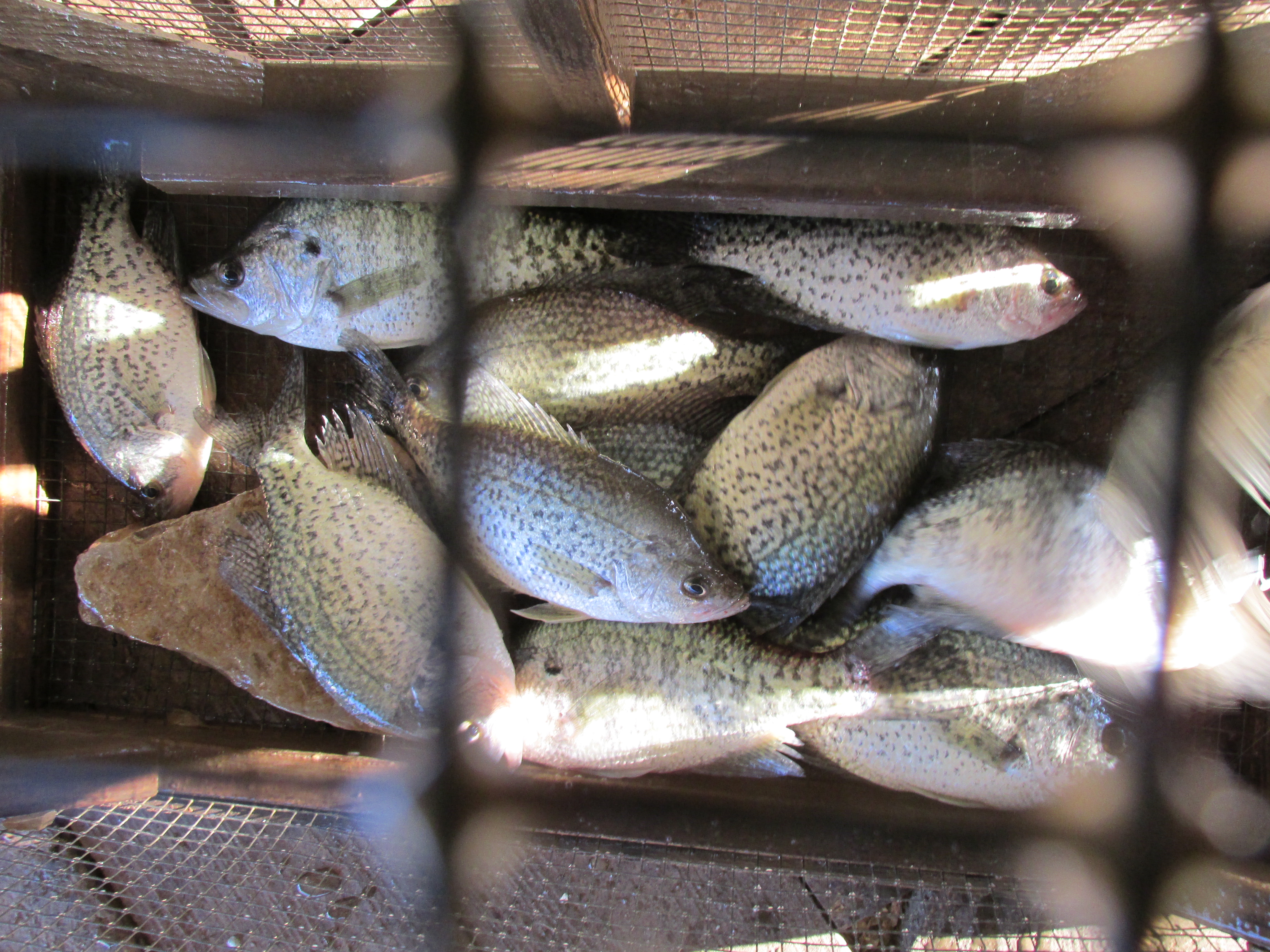 Tom Kelly released these and several more under the dock yesterday. 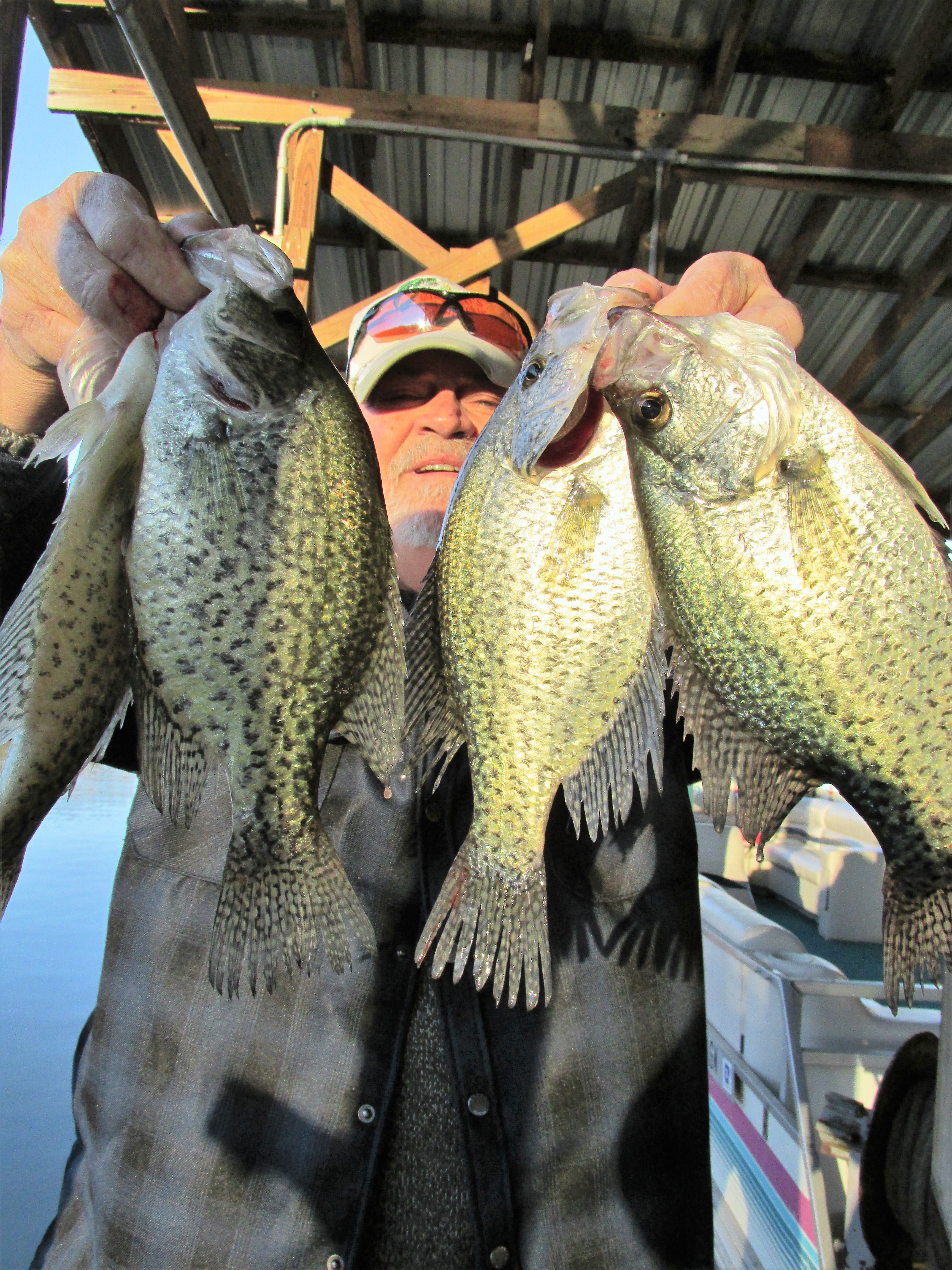 The lake is rising again with no generation for the last 24-hours and is at 553.69 and needs to start dropping to prepare for the spring rains. The big full moon and high pressure did not stop the fishing yesterday. Some very nice fish were caught yesterday including bass, crappie and white bass. White bass do not count as everyone catches them. The weather was perfect and is predicted to remain so for several days.  I released a limit of crappie under the dock in the new trees planted there and they went right to them. We will see if they stay there. Several bass were released immediately after catching.  The surface temperature remains just above 50 on the main lake and the general lake condition is excellent. The crappie have moved shallower and can be caught in the evening by casting a grub or jig with a 1/16th ounce leadhead and allowing it to sink slowly over the brush. Some bass are near the bank then also. Crank baits are working but I prefer the small grub. Many bass are still on the shad in open water with the white bass. A few stripers are being caught but most are small and below 10-lbs. More of them need to be released. The numbers of stripers above 20-lbs used to be common but has been drastically reduced. The limit on them should be reduced to two fish. Spoons and umbrellas are catching the most red meat fish now in open water. They are in various depths of water but seem to like 50-feet down. Tom Kelly caught some good fish yesterday on his little shakey head worm and spoons. He is a good fisherman. There is a big group coming here the day after Christmas and we will see what they catch. Hope the weather holds.  I love Christmas, especially Christmas crappie.