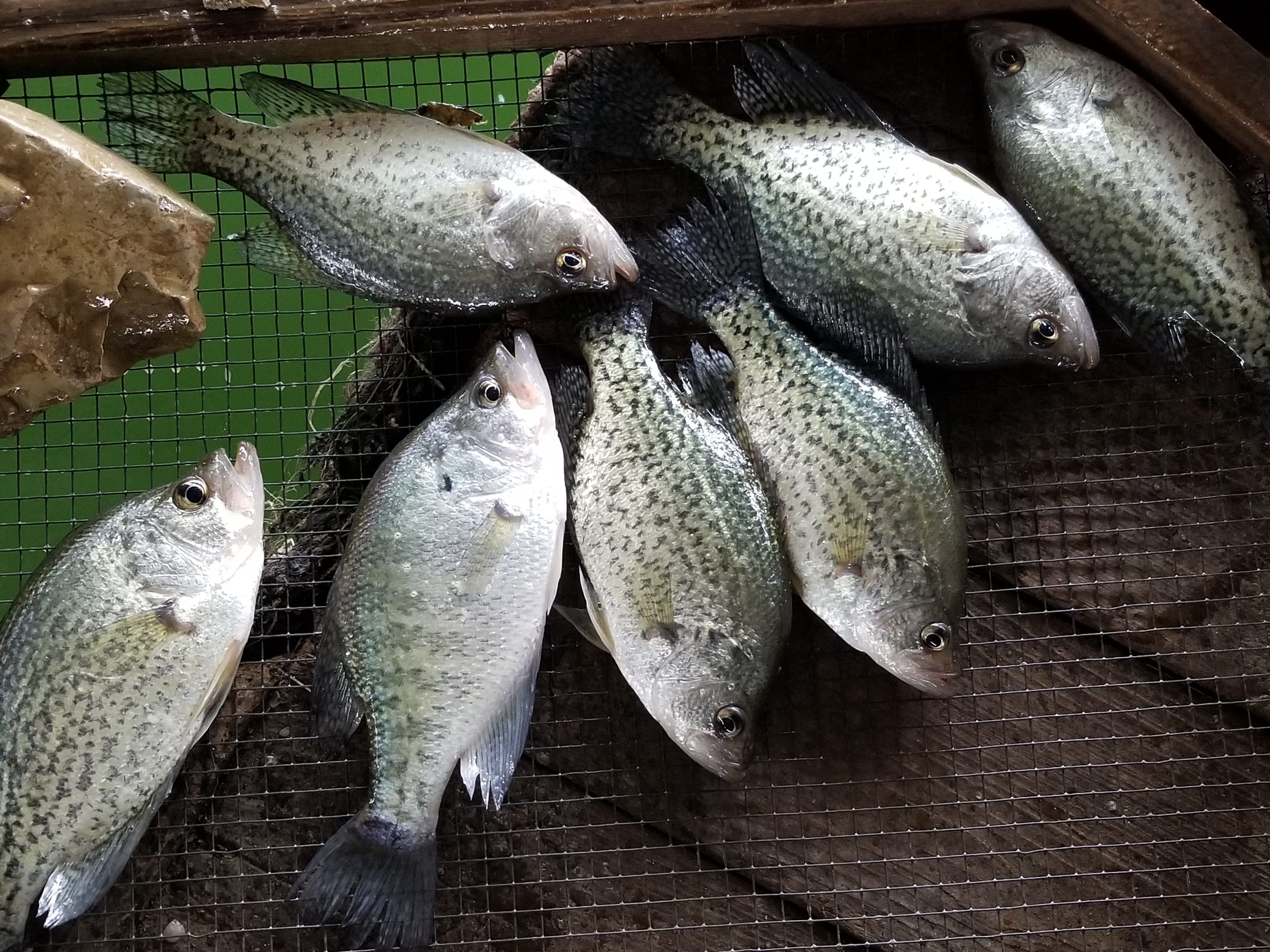 The lake level is 552.95 and they generated a few hours this morning and then quit. It was over 553 before that. It was windy from the north west when I went out yesterday with small white caps. There were more boats out than I have seen in a while. Some were bass fishing, some crappie fishing and several trolling for red meat fish. I caught crappie and bass after the wind quit about 4:30. It was slow before that. Some good crappie are definitely moving to the bank at sunset as are bass. Several undersized bass are being caught with just a few keepers. I do not keep them anyway. It would be good for the striper and hybrid population to drop the limit to two. There are plenty of white bass for the meat hunters.  The stripers in the 20-lb.+ range and hybrids near 10-lbs. are definitely diminishing and too many 6-7 lb. fish are being killed destroying the future of big fish. There are many black nosed crappie being caught proving that the cpappie stocking program has helped the population. I hope it does not stop as well as the red-eared bluegill.  The lake condition is excellent with the surface temperature in the lower 50's and nice weather is here for several days with highs in the 50's and a chance of rain later in the week. Overall fishing is just fair but good fish are being caught everyday.