Tom Kelly with a couple of good ones.  More too. 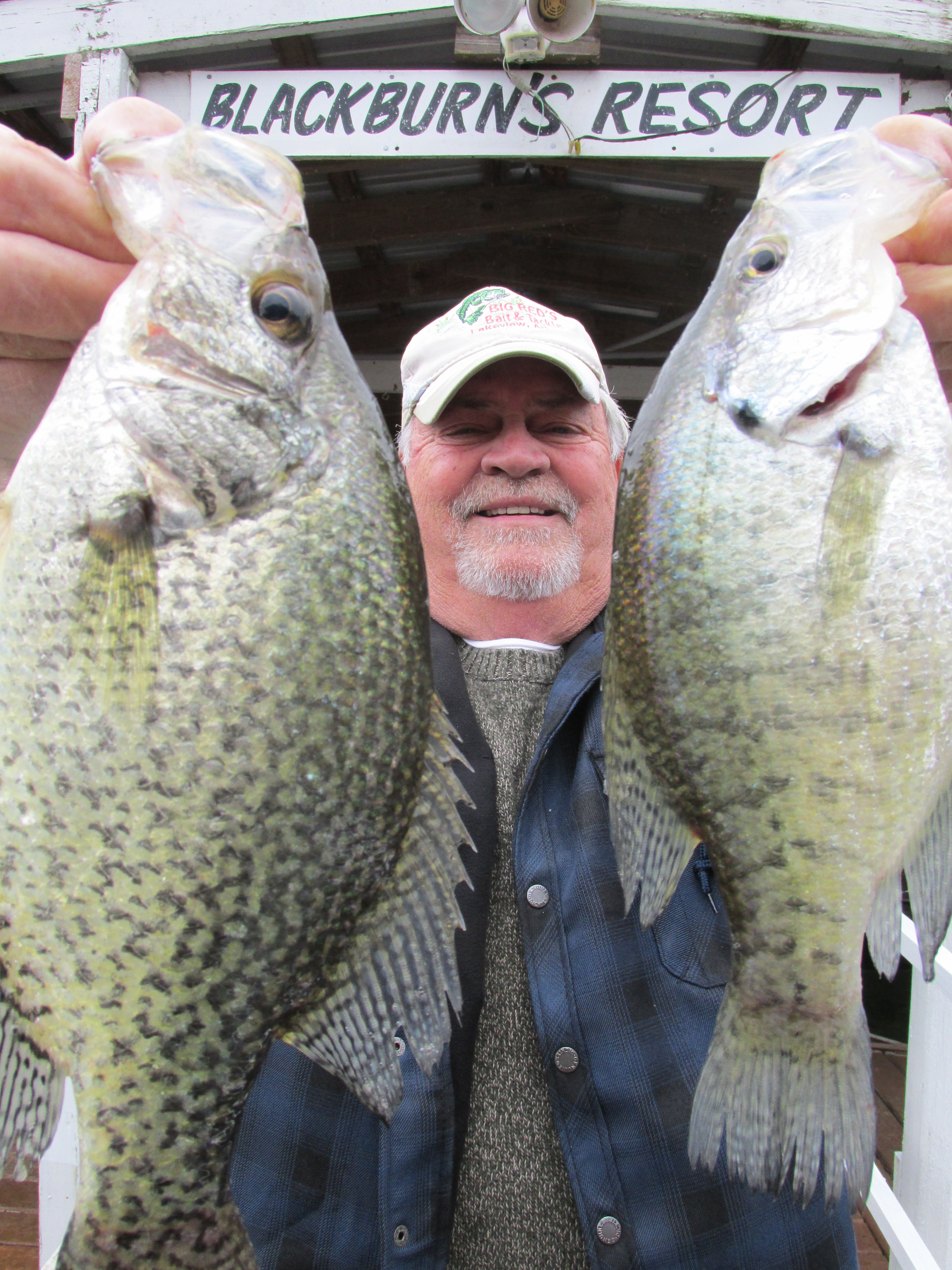 There was no wind and the lake was like glass yesterday when I went out. I had been catching fish from 4:PM to dark and then they quit for several days. Not yesterday. They were not biting at all and I almost quit until 5PM and then they bit until it was too dark to see and they were still biting when I came in. Crappie, bass and bluegill. I was using my three different baits,  minnows, spoons and grubs and they were all working. I do not have much luck with spoons in the dark. There were no other boats. The lake level is 552.88 and is dropping a bit again with several hours of generation. With the heavy rain scheduled for southern Arkansas they will probably stop again. Paying attention to the weather man is like listening to fishing forecasts. There is no such thing as winter pattern or summer pattern but what is happening now. You must be out there to know what is going on. Some things are predictable but when is the problem. Yes, stripers go deep in the hot weather when the lake heats up. Yes, they get lock jaw when the weather gets cold, Yes, there is a top water and night bite in the spring and the lake turns over in the fall but nobody know when these will happen. You have to be out there if you want to catch fish consistently. The best fishermen catch fish when nobody else does. We will see what the weather brings but I will be out there until forced off the lake. It is not understandable to me how they can predict how much snowfall we will get when the storm had not even hit the west coast. I will put off buying a snowmobile until Monday.