The ones on the left are 13-inches. Debbie said the one on the right is the biggest crappie she has ever seen and she has taken a lot of pictures. 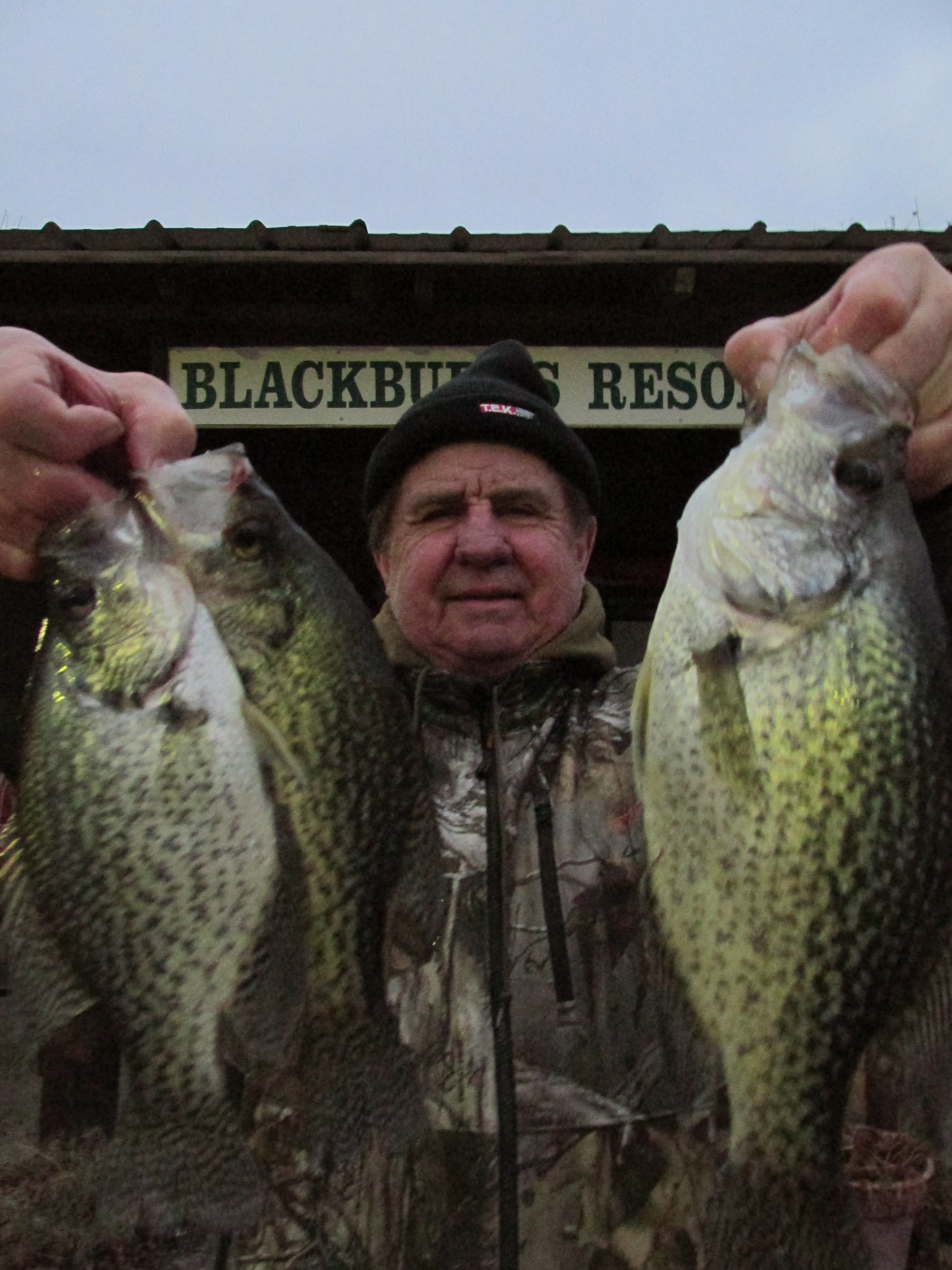 The lake level is 553.01 and dropping a bit with several hours of generation, finally. They need to drop it steadily until spring. The level is perfect right now and fishing conditions are great but they cannot controll how much water goes in just what goes out. There is a much better chance of having a good year if we go into March at 548. It was cool when I went out yesterday and the wind was from the west but not too bad. I thought this looks like a walleye chop so I started fishing for walleye. I have not caught one for a month but that all changed. Caught three with one about 20-inches and the others undersized but not by much. It is very encouraging. They were all released immediately and then went crappie fishing. They were biting too and some very nice ones were caught. One very large one in the 16-inch range. I brought a bucket full of them and a couple of giant bluegill in the one pound range to Tom Kelly's trophy pond. All of the bass were also released. It was the best day fishing for a while as I consider size more important than numbers but it was both yesterday. One thing has changed about crappie. Several were caught near the bank bass fishing and I have been waiting for that and checking on it regularly. It just started. They move in from the brush near dark to feed in the late evening and go deeper during the day. Go to the normal brush piles but fish between the brush and the bank with a small grub and minnow. It is very effective. The fish that were caught were on grubs, minnows and spoons. I could not keep the bluegill off the small spinner bait so it was ditched until it gets very windy again. Will probably not have to wait very long. Surface temperature ranges from the high 40's in the shallow creeks to low to mid 50's on the main lake.