Tom Kelly with one nice hybrid. Released under the dock. 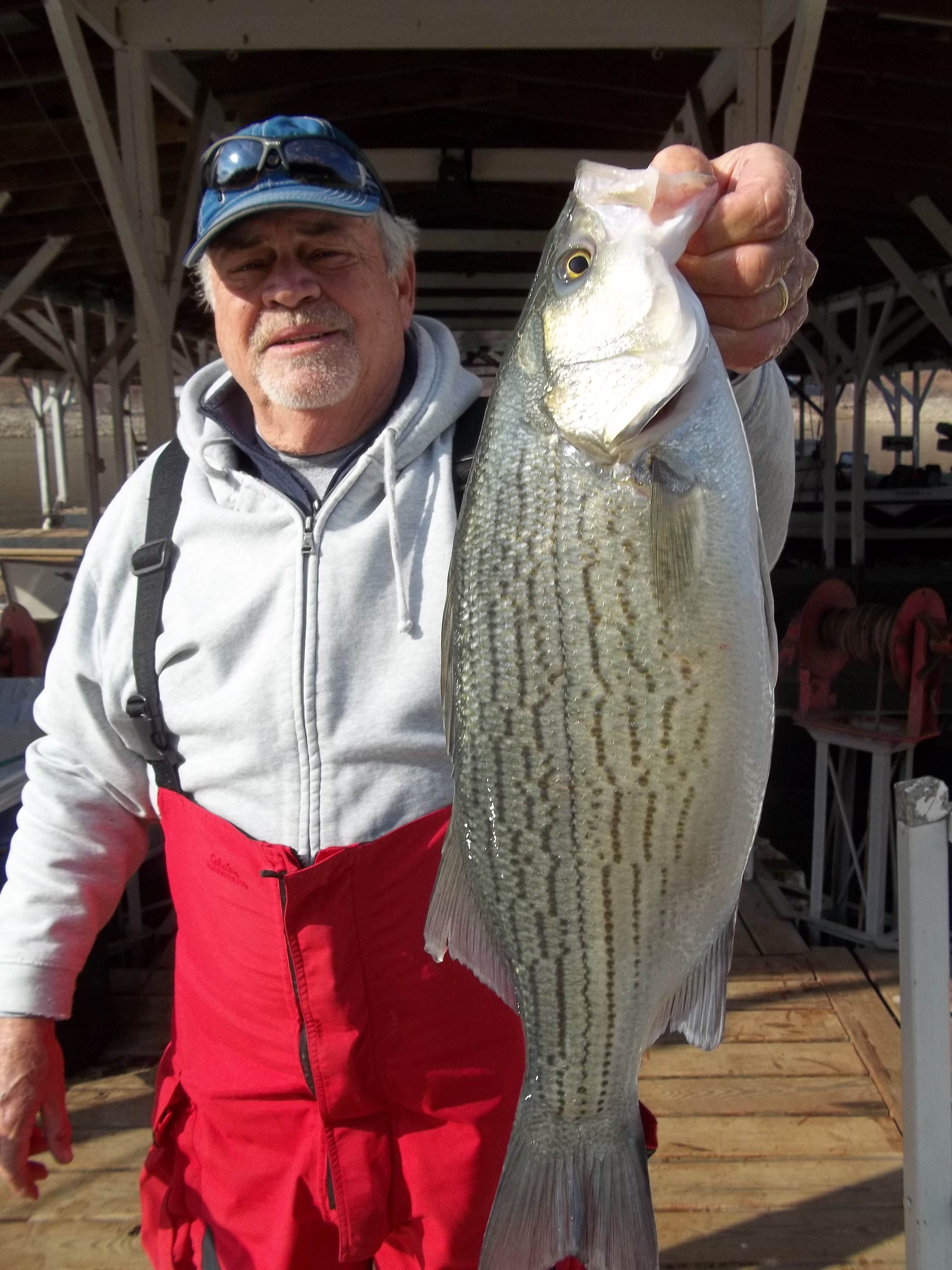 The lake level is 552.50 and is exactly what it was at this time yesterday. Surface water temperature was 58 when I came in last evening and the dock was very busy. Both fish cleaning stations were going full blast. People reported catching many bass on creature baits and plastic worms while setting in 25-feet of water and casting to the bank. A few crappie were caught but not a lot. The red meat fishermen caught several white bass and a few small stripers and hybrids. I convinced them to turn the stripers loose as they were only 5-7 lbs. and too small to keep. It is a shame to kill them.The gulls are starting to come back so fishermen are now able to find the shallow shad more easily. They were having a hard time until yesterday and had fished for several days with very little success. A few stripers are still being caught at dark on stick baits with most of them in the Bennetts area. It is getting personal with me about walleye fishing. Usually I can catch them just at sunset on bass assassins but not now. They were no where to be seen scuba diving in late October on main lake points after lake turnover at 20-feet as normal. They must still be in open water on shad but the reports of people catching them are rare. Spooners should be getting some. Many were caught in hot weather deep. The weather is beautiful with highs near 60 for several days. Come join the fun. We will not charge you too much and your first boat stall is free.