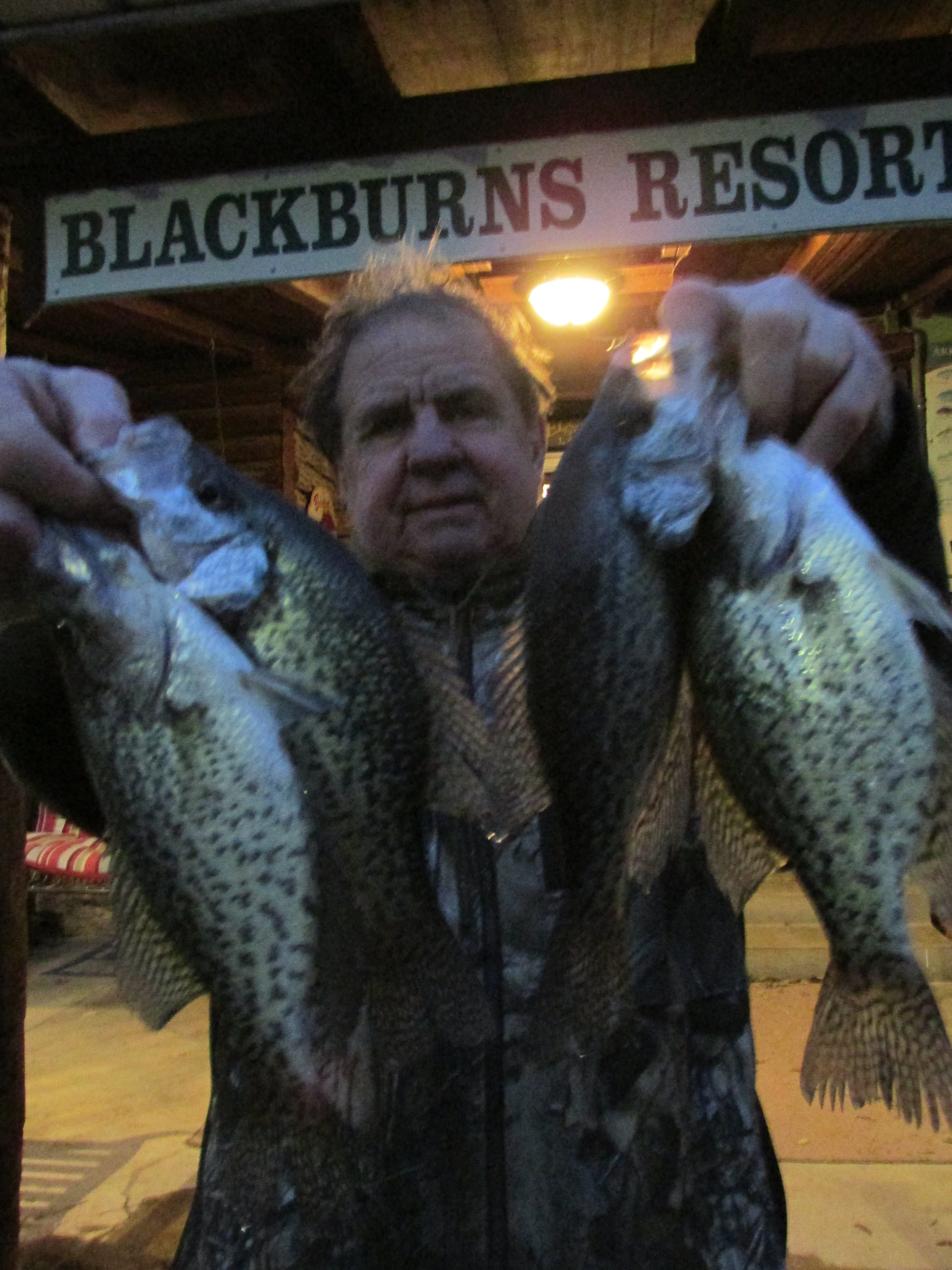 It was pretty cool when I went out yesterday afternoon and the wind was from the north which is not a good sign for the middle of November. I have some very nice electric gloves I received for my birthday and they work well but it is hard to cast with them on. There were two other boats out together and that was all. I called several customers and told them to postpone their fishing trip until Thursday unless they want to freeze. It does not seem to affect people from Chicago as much as me. When there is ice in the eyelets i am done. It messes the drag up anyway. I went crappie fishing and caught several and then went north of Cranfield Island just at dark and tried a stickbait on the bank and caught two stripers but they were only 6 or 7 pounds and too small to keep.(very seldom keep stripers anyway unless they are caught deep). These swam away quickly to grow a bit. The crappie were ok but not the giants wanted. It is just very much appreciated to be able to get out.  It is cold today but it should break by tomorrow afternoon and very nice for the weekend. If you are not staying at Blackburns you are paying too much. Give the difference to the disabled Veterans. We are open all year and have live bait. Come on down. We will not charge you too much. The lake level is 552.57 and dropping a little more than 1/2 inch in a 24-hour period with a few hours of running one generator. The surface temperature is just under 60 on the main lake and much colder back in the creeks.