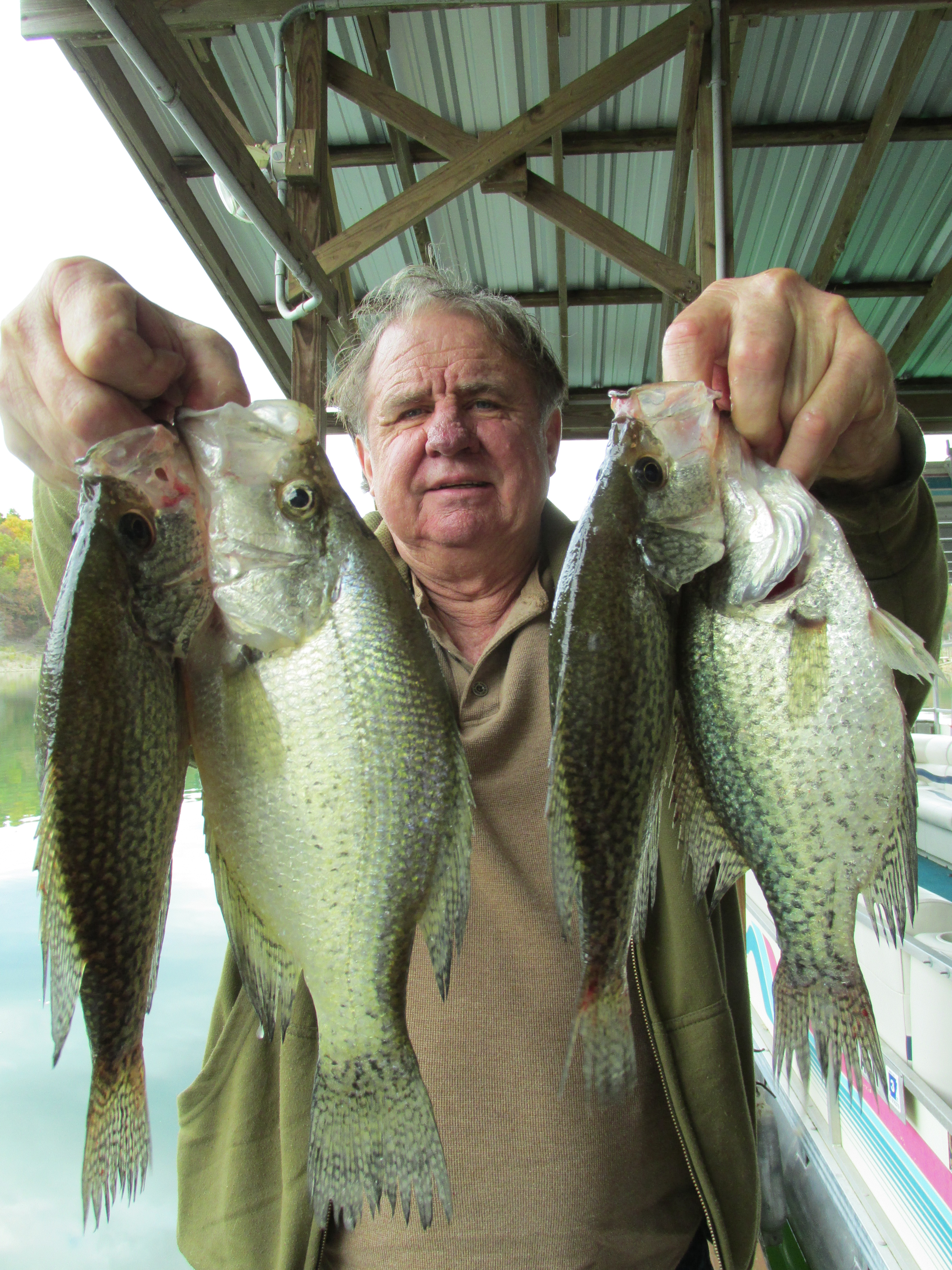 The lake level is 552.53 and is rising over an inch every day with no generation. It was a very nice day for fishing. Temperatures were in the 60's with fairly light wind. We have a very small new moon and it is really helping the early morning bite. The afternoon bite has not been starting for me until just about sunset. A few bite before then but not many. I am catching 3/4 of my fish between sundown and dark. I tried a different crappie place first and caught several but they were all the same size. Betweeb 10-11 inches. Not interested in those so went back where I was fishing and caught 10-very nice ones. One was 16-inches. It is good to see more of them moving to the brush from the open water though. Both spooning brush and casting to the steep bank drop-offs are producing bass. Some have moved part way back in the creeks.  One was about 4-lbs and it got a quick release at the boat. The stripers that are being caught are in the 6-8 lb. range and should be released but the numbers being caught are low. I am still concerned about the numbers of big stripers in the lake this year. Too many small ones are being killed when they get easily caught. They are all stocked, are semi-put and take and when they are gone they are gone until more are put in. If you need meat keep the white bass. 25-30 pound stripers used to be common but now are rare. They are so fun to catch it is a shame to kill them. People now think a 15-18 lb. striper is big and they are not. The full moon is Thanksgiving day and a couple of days before that will be a good time to check out the striper bite north of Cranfield Island when the moon rises on a stick bait. It may or may not happen but I think it will. We are to get a hard freeze, the first of the season, Friday night and then stay cool for a few days with clear skies. The cold front will not do the bass bite any good but it will steadily improve when it clouds back up. Surface temperature is still 63-64 degrees and the fog starts to roll in every night as dark approaces with the water being warmer than the air. it is nice to just be out and the lake is in excellent condition and the fishing in general is just fair. There are some open water fish east of Cranfield Island but they are mostly white bass with a few hybrids and are hard to stay on. The people that wanted summer over and the weather to get cold are getting their wish. Not me.