Rick Saari from Lansing, Michigan Caught some good ones with Bink yesterday. 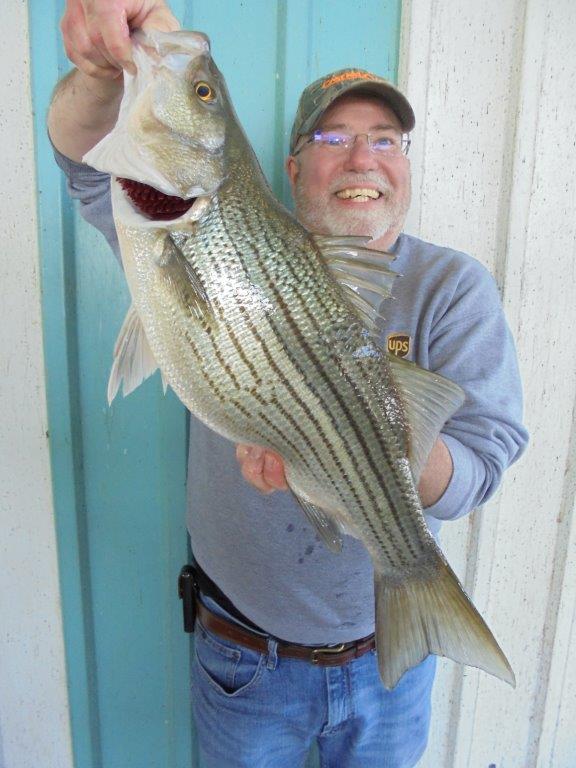 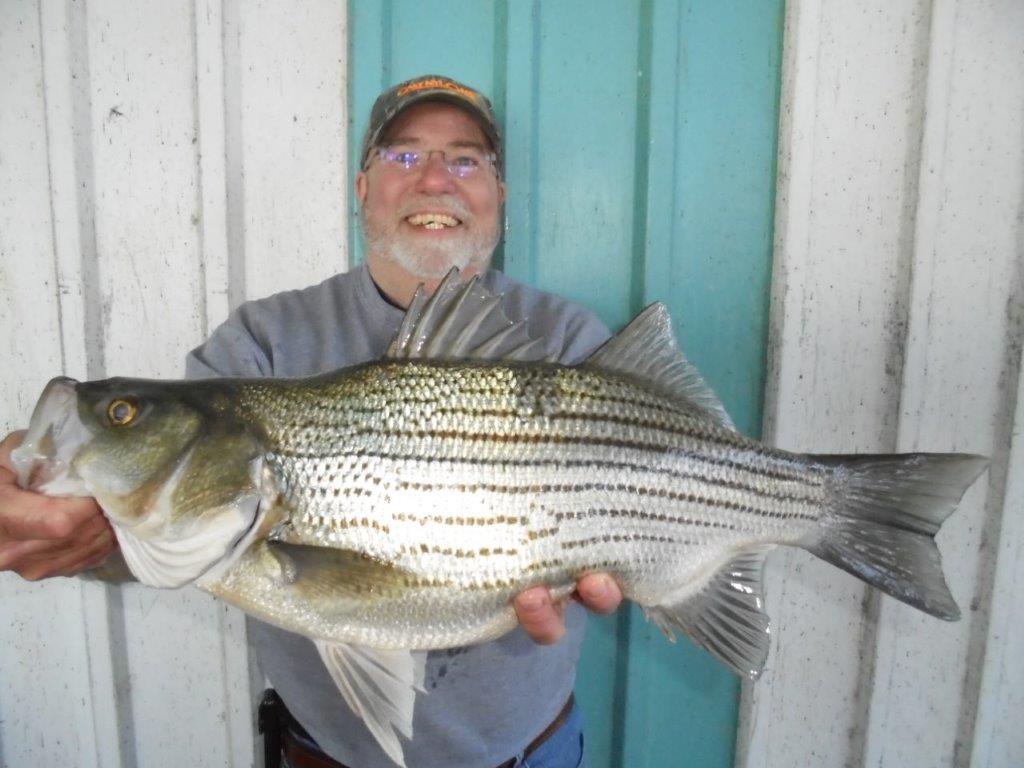 Fishing is still a little slow except for some white bass, smaller bass and short walleye. I informed them that walleye must be 18-inches and they released it. Do not take pictures of short fish just release them. Bink did catch several yesterday including hybrids and the guys had a good time. The lake level is 560.46 and still rising a bit despite the dry conditions. Newport has dropped to 17-ft. and they could run more if they wanted to.  They continue to drop Table Rock even though it is below normal. Step Child Norfork needs some respect too. They did start generating about an hour ago after being shut down for all day and night. The lake will just not clear up.  It starts to and then turns green again.  This is not bad for fishing but I am concerned about Scuba Diving conditions later. Things have not been the same since they kept the lake high all last year. These cold nights will not allow the surface temperature to rise much. It warms a bit during the day in the shallow water and then cools again at night. The top water bite will start when the shad spawn but that has not happened yet. We are still in a transition but the fish want to spawn bad. I hate sending people after white bass but if that is all you can catch you got to do what is necessary. At least there are a few hybrids and stripers with them. The walleye have spawned and are moving back down stream into their normal spots and will move onto the flats and main lake points in May. I am just not getting any big ones yet. Crappie are scattered all over the place but mostly still on shad but a few are on brush in warmest water shallow. The males will move into Briar, east pigeon and pigeon soon on the bank. Should have happened by now.