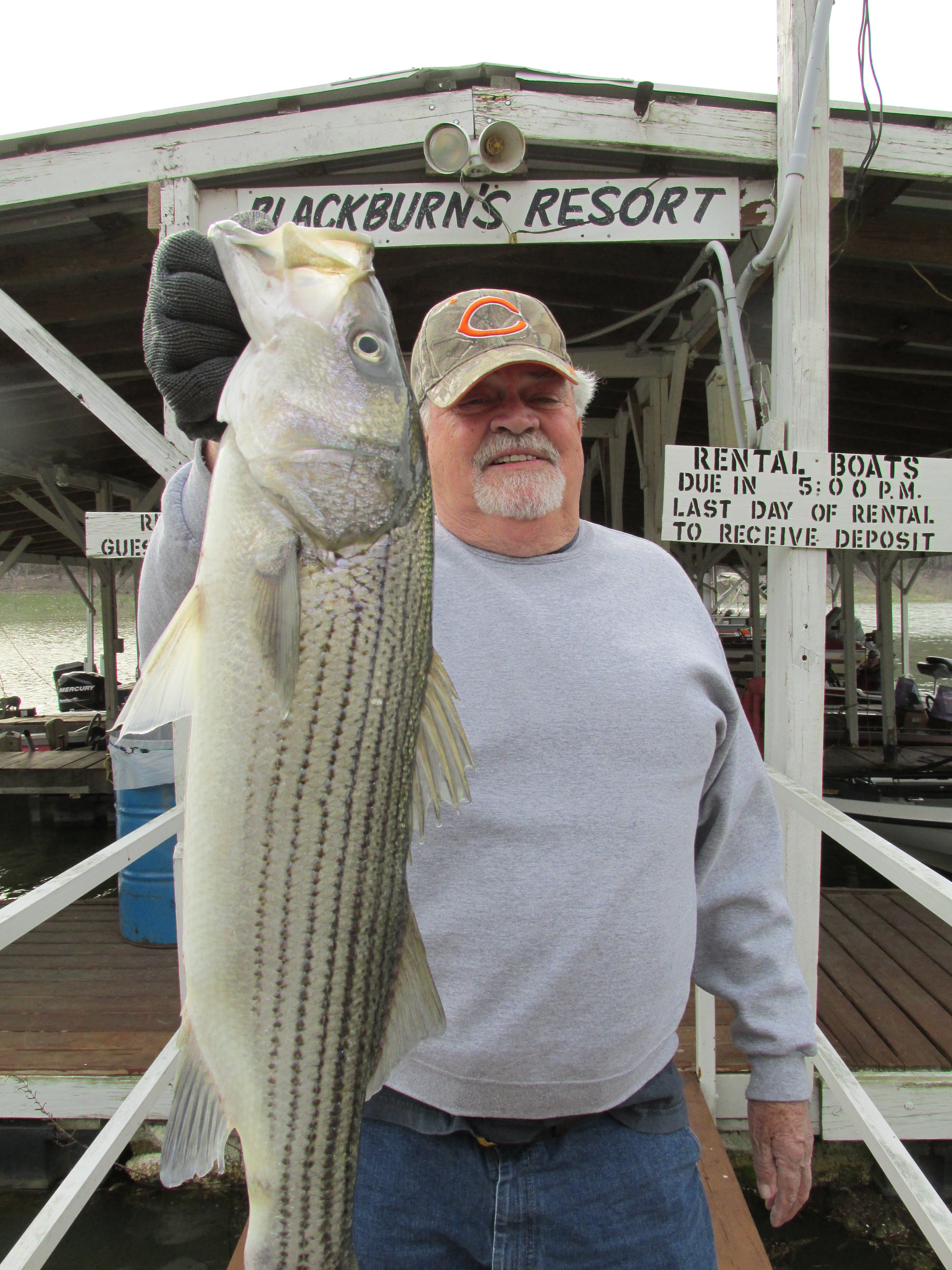 The lake level is 559.18 and has dropped 4-inches in the last 24-hrs with the equivilent of both generators running. The rivers wanted minimum flow and now they are getting it. The wind is susposed to come up friday afternoon and maybe heavy local rain continuing until Saturday morning.  We will see. It is getting dry again and we can take some without raising the lake. The sunshine and warmth raised the temperature in the creeks a bit yesterday but the main lake is still in the mid 50's. Bait fish are wanting to spawn. Gizzard shad spawn at 64-69, threadfin at 67-70 and spawn several times a year, Bluegill at 68-75 and carp at 65-70. When these fish spawn and the bait moves to the brush for cover is when the fishing gets good and the top-water bite also gets good.  We are not near that and the cold front coming in the first of the week will not help. There is a lot more action in the creeks in the evening now and some Kentuckys were coming up last night. Not very big though. Tom Kelly caught a nice striper at the mouth of the creek between the brush pile and the bank on a spoon and released it under the dock. It was by itself. Most bass fishermen are not doing that well but pre-tournament people do not talk very much about success. Some crappie have moved into middle pigeon and the creek to the south before you turn to go to the 201 bridge. Things are wanting to happen and could happen quickly. That is why a week old fishing report is no good. Especially in the spring. Blackburns is full now with people taking advantage of the low price ($53/day) for a one bedroom and ample trailer parking and free boat stall. We have a few open for next week. Bass Catters watch out for the wind and storm Friday afternoon. Nothing is worth an accident.