The lake level is 577.08 and is dropping steadily with both generators running continuously. They seem to be holding the white river at Newport at 24.5 feet and they could be discharging 50,000 CFS at Batesville but are only at 35,000 CFS. They are starting to get a cushion on the level but it has been over a month since the raise. It seems to me to be better to use the generators earlier instead of holding until the level gets to be an emergency and open up the flood gates and waste the water. It costs $millions of dollars. The rules of the dam management need to be reviewed. They threw out the idea that the dams were only for flood control and everything else did not matter when the Minimum flow for the put and take trout was adopted and they took away flood capacity by holding the lakes level higher and discharging no matter how low the lakes get. They are getting good minimum flow now. The gar are moving into the creeks now and that is usually not a good sign for catfishing which has been excellent. I will move to main lake and main lake cuts. Tom Kelly reports catching a lot of nice fish part way back in float creek including walleye and bass. Bink is catching stripers and bass early on top water. It is busy here and fishing time is not as much as I like. Some people are raising their rates again and are north of $100/day for a one bedroom. Blackburns Resort and Boat Rental is $75/day with a free boat stall, free trolling motors on fishing pontoons and all cabins have covered porches. That is very important. Boat rentals are the best value in the area. 870-492-5115

Caught this morning fishing with Bink 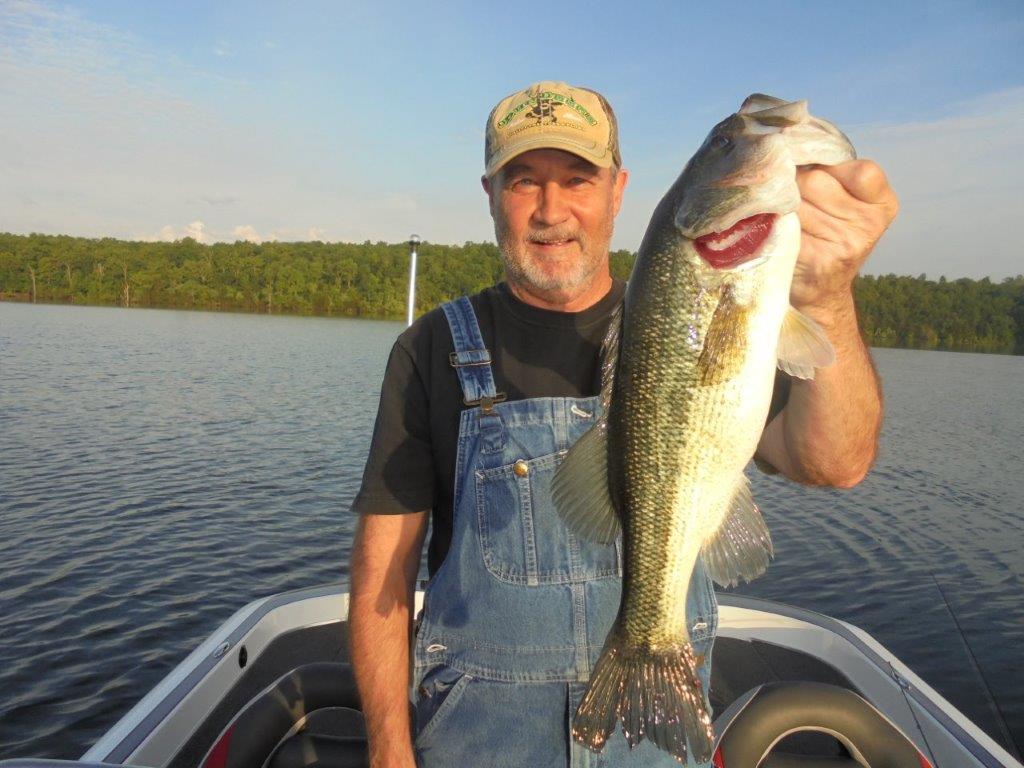 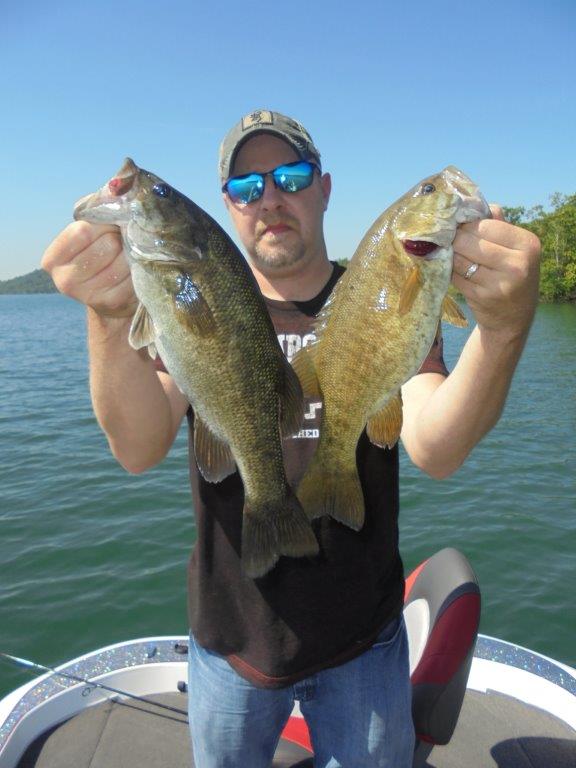 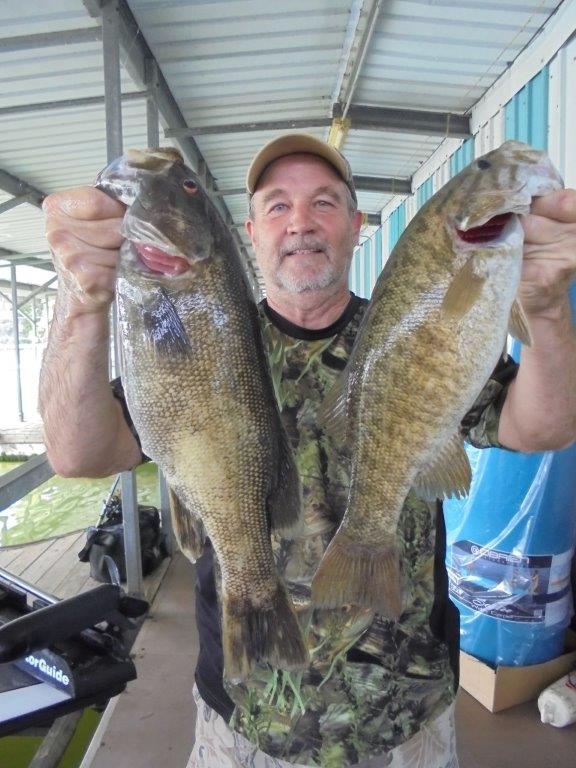 The lake level is 557.12 and hs remained constant for two days. They have shut off the flood gates and have also reduced generation to maintain this level three feet from going over the spillway. They have held Bull Shoals until it is nearly full while keepng gates open on Table Rock to protect Branson at all costs. They are now out of options except to open gates if we get a big rain. This steady level has cleared the lake a lot there is not a lot of debris in this area except near the bank. Bass abd catfish are still the best bite. Reports that the water is clear with no debris near the dam are greatly exaggerated. Everything that does not get hung up on the way ends up near and past the dam and rolls with the flow. It is just a matter of time. It is to rain tonight and be beautiful for the weekend.

The open water fish are moving south and are in the Cranfield area. Surface temperature is 67 and it is to warm up again this week before it cools for the weekend. Bink's Spoons in 50-feet.

Joe Cebula with a nice fish not laying down, 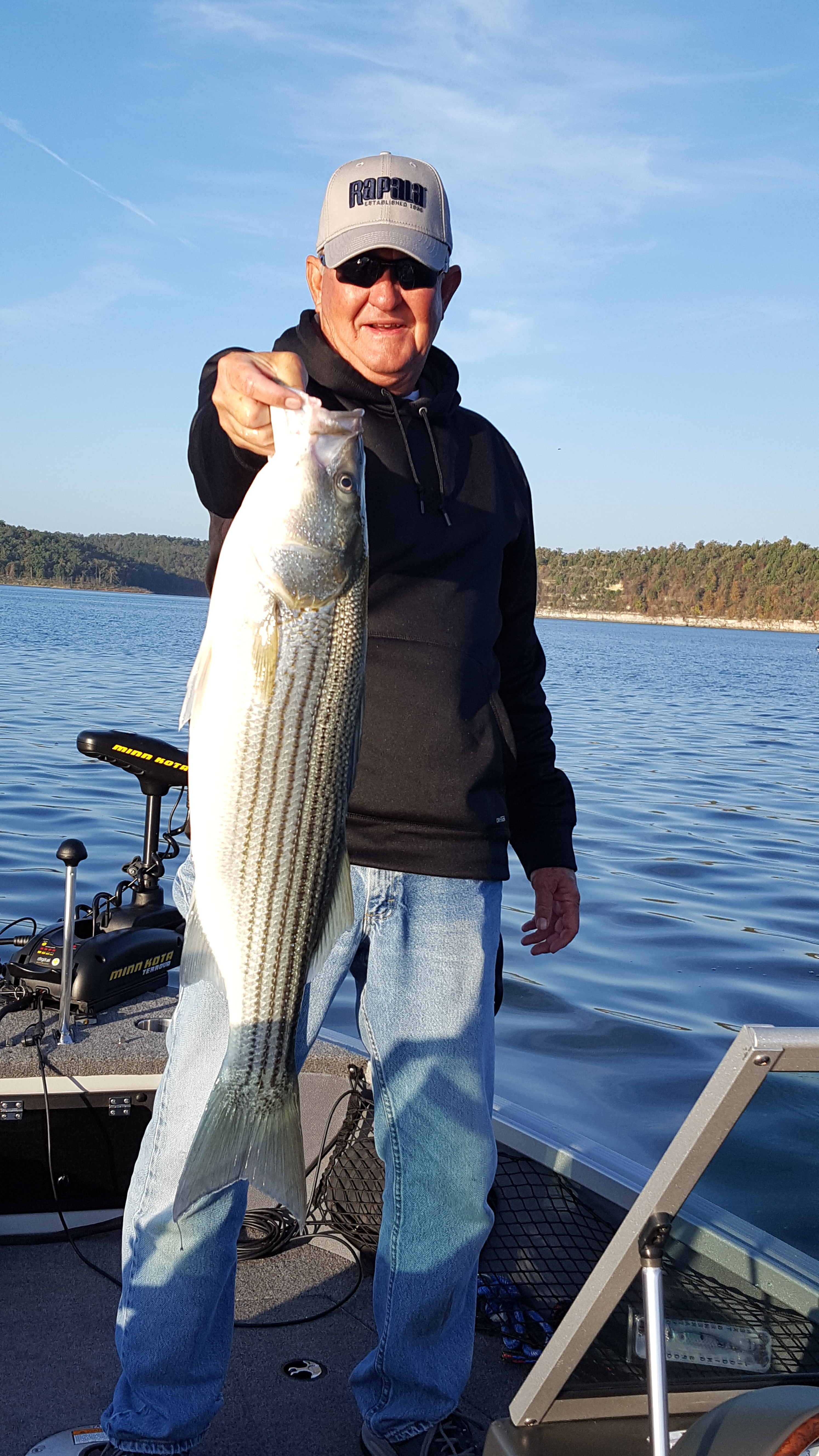 Scuba Steve From Blackburns Resort and Boat Rental - Fishing and Lake Conditions May 17, 2016

We received one inch of rain in the last two days. The lake is still clear with little runoff. Catfish are biting well on trotlines and jugs on live bait and there is a top water bite early. They always come up but are not always agressive. The white bass are quite easily caught. Some crappie are coming in but not a lot. There are some nice bluegill. It is a slow start for mid may as far as water temperature is concerned. It is 68 degrees this afternoon. The lake level is 554. You can catch a lot of bass on top water lures very close to the shore on flats. A few smallmouth are on river channels just on the drop off. Fish are moving on the main lake points on brush but are slow doing that too. Fish are coming up well on Panther Creek, Fall Creek and Float creek. I am catching a few keeper walleye but not many. We have one 1-bedroom cabin open for memorial day. Come on down. 1-800-635-0526. We will not charge you too much.